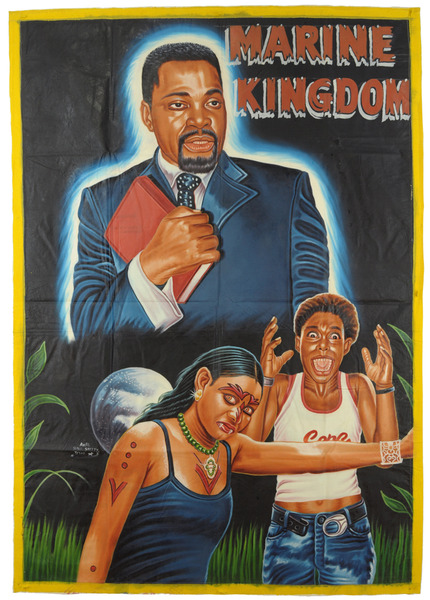 ( ISAIAH 49: 24 – 26) “Shall the prey be taken from the mighty, or the lawful captive delivered? But thus saith the lord, even the captives of the mighty shall be taken away,and the prey of the terrible shall be delivered: for I will contend with him that contendeth with thee, and I will save thy children. And I will feed them that oppress thee with their own flesh; and they shall be drunken with their own blood, as with sweet wine: and all flesh shall know that I the lord am thy Savior and thy redeemer, the mighty one of Jacob”.(Job 26:5) “ Dead things are formed from under the waters, and the inhabitants thereof”.

Every spirits living in the water are known as marine spirits. Marine kingdom is the greatest kingdom of all evil demonic kingdoms. Marine kingdom is the most wicked, most populous, well organized kingdom , far away from other evil kingdoms, that exits in the Air, land and outside this planet. The headquarter of marine kingdom is located within India Sea. And Queen of India sea is the head of marine kingdom. While, Queen of the coast is next in command and she resides within the Atlantic ocean(both are also among the fallen evil forces from heaven before).Marine evil spirits have greater influence over mankind on earth ; more than every other demonic evil spirits.It is because, about 70% of the world is covered by the sea(water);and that makes them to have greater influence on mankind.Also, mankind cannot dowithout water( water use-ages).Every country, state or region, area, city, town, village, etc., have a marine evil spirit thatis leading such a place and being assisted by other marine lower spirits. Such a leader could be a male or female evil marine spirit.In every 100 cases of divorce taking place worldwide , about 96% of them are caused or being manipulated by marine kingdom evil forces. Marine kingdom are also responsiblefor the following problems affecting many mankind: accidents, shortage of blood in one’s body, bankruptcy/ sudden lost of business, sudden death, chronic spinsterhood / bachelorhood, sudden lost of pregnancy ( mis-carriages), barrenness, regular eating /drinking is the dream, constant swimming in the dream, demonic spiritual husband/ wife/children problems. Also, marine human agents problems ( those they possessed) withoutthe people knowing ;while fewer other knoweth, etc.Marine evil forces also seizes people means of livelihood by storing them spiritually in

their spiritual banks / prisons within the marine kingdom. While, the physical end result would be bad for such people as their means of livelihood would begin to fall or decline physically (bankruptcy).Marine kingdom evil forces also have the ability to cage some careless people spirits within their kingdom. Especially ministers of God, in order for such a person not to be able to perform well in worshiping God/ rendering assistants to the children of God.Types of marine evil spirits (demons)/ upon any mankind they possessed are as follows:Celibate marine , marine Jezebel ( lust spirit of contamination), marine witchcraft, stone river marine, lake marine, tree marine, vampire marine and Dread locks marine( leviathan spirit).I will not elaborate them separately as they are very broad and also the break down knowledge of them is only beneficial to deliverance ministers . As they requires the knowledge for practical deliverance ministration (casting out of demons).Observation signs of marine spirits ( symptoms) :

Get posts delivered to your inbox. Subscribe today and receive your FREE copy of The Ultimate Tool Kit for Church Leaders