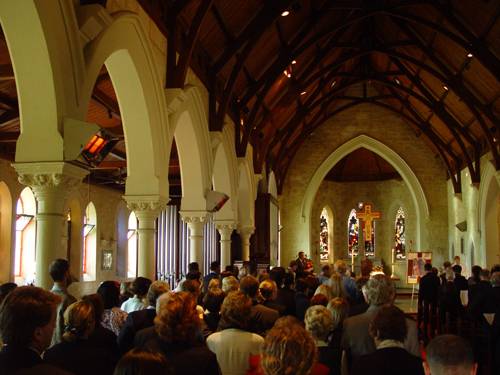 Picture a city with over 400 O.D.’es last year, highest drop out rate, highest teen pregnancy, highest STD’s among teenagers, highest infant sleeping deaths, highest recidivism, highest in bars per capita that I know of, among the most divided and segregated cities in America. A city whose nickname is “pimp school” and “Brew City” sure let’s talk heat, and comfort and safety. There’s weeping and wailing in the streets but not in the house of God.

Gotta run maybe I can make to the liquor store before they close. Now there’s a prayer for St. Jude and a thank you column in the want adds. Do you ever think about where people gather? The tavern at 6am The blood bank at 8am the liquor store at 9

People don’t know how to laugh and cry and dream and weep and get empty before God. Sure people gather Sunday mornings and sing and take notes but where’s the breaking. Used to be just us. The chaplain and the private. God is a Redeemer. He’s good a fixing stuff. But I nice clean break? Oh no Lord. To be honest I just want to lay down and cry myself to sleep but I’m going out. You know John Wesley preached Salvation by faith in Jesus Christ and then he got saved. Maybe it will work for me too!
God bless you tonight. Two more miles and a couple of spots good night. I was laughing.
I gotta get off this street. Just stopped a likely home invasion
Home safe

FacebookTwitterSubscribe
Subscribe to receive all news to your email or phone: [wysija_form id="1"]
confessionscongregatepeoplepreacherstreet

What will TRUMP say on gay marriage?

Steve Hilton sits down with President Trump in a wide-ranging interview. Watch the sneak peek and tune into ‘The Next Revolution’ this Sunday at…