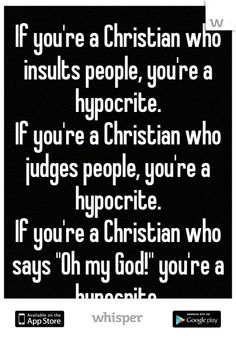 Can you profess to be a Christian but not claim to be saved? #IntentionalLiving

Charles Page [06/10/2015 3:06 PM]
I don’t believe our works save nor participate in our salvation. It is all of Christ alone who saves according to the will of the Father, beginning of story!

John Ruffle [06/11/2015 12:40 AM]
Listen guys, a convert does not need to be conversant with the word ‘saved’ to be a child God. It is the heart surrendered to Jesus that matters. I think anither question needs to adressed in this thread: what is the sub-text behind the original question here?

Barry G. Carpenter [06/12/2015 8:36 PM]
I think the OP is a good example of misunderstanding justification and sanctification.

Roger Wilkinson [06/12/2015 9:54 PM]
Being ‘saved’ is a process, it isn’t something that you look on as being in the past, such as going forward at a crusade because that would of been the moment you started the journey of salvation not ended it.

Alan N Carla Smith [06/12/2015 11:14 PM]
John Ruffle the sub-text is I walked into the break room today and heard a lady say “Well, I am a Christian but I’m not saved.”
Therefore I pose the question and see what some Theological peeps have to say about that comment.
Besides Charles Page’s first comment is a typical way of people turning Christian jargon inside out.
Start your own thread/post if you want to; if not stick to the original question.

John Ruffle [06/13/2015 7:14 AM]
Charles Page- apologies; I failed to understand your comment. Alan N Carla Smith – sorry, but I sense hostility in your comment above. I hope I am wrong, because I see no reason or justification for anyone to be on the defensive here.

Pentecostal Theology [06/13/2015 7:21 AM]
Prayed for an elderly well dressed gentleman one Sunday morning at North Cleveland, who said to me with tears in this eyes: “I am NOT SURE if I am saved…”

Barry G. Carpenter [06/13/2015 9:47 AM]
Or could be that the woman views being “Christian” as a culture context of being American (not Buddhist/Hindu/Muslim and a “good person”).

Alan N Carla Smith [06/15/2015 10:00 PM]
No hostility just a suggestion to start another post or thread if you want to change the subject. That was all! I cannot type in humility, I did NOT mean it that way.

Final Birth Pangs of the Messiah

You won’t see this stunning information in the news! Perry has first-hand knowledge from inside sources inside the country on this subject. Watch the…