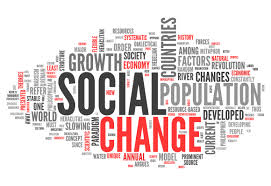 Present Social Changes In Society And How To Respond To Them.

Earlier, I posted in haste my reaction to the change in society concerning the public use of restrooms.  I withdrew that post knowing that my responsibility as a Bishop was to give a more reasoned answer.

My thanks to Pastor Timothy K. Wiebe for asking the question:  Wondering why the transgender bathroom “issue” wasn’t an issue years ago and what’s the significance of this day and this hour?  His question helped me focus my thoughts and resulted in the following answer.

This letter is written to remind us of the battle for the souls of mankind and the rejection of the principles of the Kingdom of God.  It is a call to action for every Christian leader.

The present national battle over use of a public restroom is one of many battles that are set in place to destroy every principle of morality and society itself.  There are many who have hardened their heart against God and His ways.  They suppress the truth in unrighteousness1.  God has given them over to their uncleanness that comes from the lusts of their hearts.  They dishonor their bodies among themselves.  They change the truth of God for the lie.  They worship and serve the creature rather than the Creator.

2 Our founding fathers studied these philosophies and believed that Aristotle’s laws of Nature were necessary components of a stable and peaceful society.  While the founding fathers were not “Christian” as we understand Biblical Christianity, these principles closely mirror the moral laws of the Judeo-Christian scriptures.

The matter of which restroom to use is being made a religious issue for the purposes of pushing back Judeo-Christian moral codes.  We must be careful taking that bait and responding using religious rhetoric.  We must give answers.  The answers we give must be reasoned answers.

In the past (my generation of growing up) the issue of which bathroom to use was a privacy issue.  Privacy was enforced by societal codes of “public” decency.  The owners of establishments with public restrooms simply put men and women signs on the respective doors.  Gender was “by Nature” defined according to the unique physical makeup of the male and the female.

Today a lack of privacy is being forced upon the populace by corporations and special interest groups who reject all societal codes of “public” decency which in this case redefines what gender is.  It is for this reason that this is an issue today.

Behind it is an all-out war against the order of the universe set forth by Aristotle’s laws of Nature2 and a forcing of the acceptance of Rousseau’s inversion of Aristotle in which Rousseau presents man as an isolated individual, a self-sufficient god.  (See Jean-Jacques Rousseau, “The Reveries of a Solitary Walker” (New York: Burt Franklin, 1971).

In Rousseau’s “Discourse on the Origin of Inequality,” he says, “There was one [appetite] that excited [original man] to perpetuate his species; and this blind propensity, quite void of anything like pure love or affection, produced nothing but an act that was merely animal. The present heat once allayed, the sexes took no further notice of each other, and even the child ceased to have any tie in his mother, the moment he ceased to want her assistance.”3  His argument is that “societal codes” soon took that freedom from man and enslaved man.

It is this thought, built upon by others, that has opened the door for the embracing of the ideas that declare:  “I am what I want to be, I want to be what my desires urge me to be.  My physical birth design will not determine the course of my life.  My desires will determine the way I will live.”

The end result of Aristotle’s laws of Nature were understood by the founding fathers of our country.  They embraced the idea of “Nature’s Laws and Nature’s God” as being the foundation of a civil society.  The founding fathers believed that good rules for living in a civil society could be found in the Judeo-Christian principles of the Old and New Testaments of the Bible.  The public would be well served if they followed them.  They closely mirror Aristotle’s laws of Nature.

Rousseau’s inversion of Aristotle’s laws of Nature results in a person being totally independent of societal rules.  This total independence results in a person who is very alone.  The alone man cannot live with himself so he must have societal laws that support his position.  And if the “public” doesn’t like it, the public be damned.

We have lost the battle for the multitudes.  We have a responsibility to seriously teach God’s ways to our adults, teens and children.  It won’t be easy but it is necessary or we will lose them too.  We may have already lost a generation of young people who are continually exposed to Rousseau’s way of thinking.

Rousseau’s way is now the law of the land.  It is becoming the law of the courts of the land.  God has been kicked out.  Those who embrace the freedom that Rousseau presents are celebrating.  But their victories are not sufficient.  The Constitution is out of date and must be revised.  The state is now responsible for educating all children in the progressive thought that ends with lawlessness.

As representatives of the Kingdom of God we must counter the current philosophy with serious Bible teaching.  We must go beyond simple sermons and dig deep into God’s word and other sources which have reasoned understanding of “Nature’s God worldview.”  We must be preachers like the one God sets forth in Ecclesiastes.

The Preacher was wise, he still taught the people knowledge; yes, he pondered and sought out and set in order many proverbs.  The Preacher sought to find acceptable words; and what was written was upright—words of truth.  The words of the wise are like goads, and the words of scholars are like well-driven nails, given by one Shepherd.

May God raise up men and women to teach the truth in love.  I pray I will be one of them.  Let God’s people bind the words of truth around their necks and write them on the doorposts of their houses and keep them always in front of their eyes.  Our Master prayed “Sanctify them by Your truth.  Your word is truth.”4

This is the task that is before us.  It is the work God has called us to.  May God help us in our efforts by the active work of the Holy Spirit who will lead and guide us into all truth.

Here are some things we must preach and teach.5.

5 You can find some well thought out resources from writings of Pope John Paul II on the Theology of the Body and the Responsibility of the Christian family concerning sexuality, marriage, and family in the modern world.  Ninety percent is excellent.  For those of us who are not Romanists there are some obvious Roman Catholic doctrines that can be overlooked.

Free eBook – The Stranger in Your House by Gregory L. Jantz ($15 Normally)

Free eBook – The Stranger in Your House by Gregory L. Jantz ($15 Normally) Best-selling author Dr. Gregory L. Jantz offers hope and help for parents of teens. Adolescence is a frightening and complicated time – for teens and parents. … Continue reading →