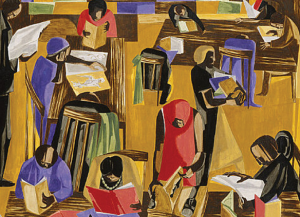 When I was researching why it was that evangelical Christians moved over to Roman Catholicism I encountered what I still think is a good logical argument: that those who believe in supporting all arguments from Scripture can’t support that view on the basis of the Bible. It’s a good case for desconstruction. The evangelical, or radical Protestant, view of the Bible, in other words, is not without its problems.

Christian Smith challenges those who anchor their faith in the Bible, and the Bible alone, to run the gauntlet by pushing them to examine the course they run and the pushbacks they get. His book, which will be reviewed in the days ahead, is called Bible Made Impossible, The: Why Biblicism Is Not a Truly Evangelical Reading of Scripture. I believe this book is the biggest challenge evangelicalism has to face, and I mean honestly face. In essence, he argues that what we believe about the Bible (biblicism) is undermined by how we actually read the Bible and how we practice the Bible. (The art work on the dust cover is brilliant.)

His argument will look a bit like this: the problem is called biblicism (defined below).

1. He sees biblicism in evangelicalism (not all of it) and in most charismatic and Pentecostal Christianity.
2. Biblicism involves belief in the Bible’s exclusive authority, infallibility, perspicuity, self-sufficiency, internal consistency, self-evident meaning, and universal applicability.
3. Liberalism is the corrosion of historic orthodoxy and is intellectually naive and susceptible to some reprehensible social and political expressions, but opposing liberalism — which Smith does — does not lead to or require biblicism. There are other alternatives.
4. What ultimately defeats biblicism is “pervasive interpretive pluralism.” The Bible says and teaches different things — if you listen to biblicists carefully — about most significant topics. It is, he argues, meaningless to talk about the inerrancy of the text if the interpretation of that text is up for grabs.
5. His goal is to become more evangelical, not less, in approach to Scripture.
6. Christian Smith, a notable Christian sociologist, has become a Roman Catholic, but he wrote this book before that move took place. He had these problems with evangelicalism before he became Catholic, but these problems are part of the reason he became Catholic.

FacebookTwitterSubscribe
Subscribe to receive all news to your email or phone: [wysija_form id="1"]
biblicismrevisited