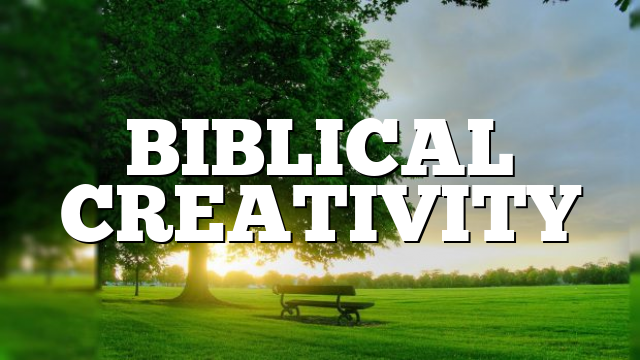 BIBLICAL CREATIVITY..
As I was traveling for my new year holiday, the journey got though by the day and the night was almost on. Then I went to GENESIS hotels through EXODUS road, to past a night there, on the way I met LEVITICUS writing the NUMBERS of people at DEUTERONOMY, while JOSHUA was waiting at the precious gate of JUDGES to see RUTH who was calling in a loud voice SAMUEL SAMUEL at the stage, the first and second KINGS of CHRONICLES were coming to visit EZRA NEHEMIAH and ESTHER for the misfortunes of their brother JOB,then, they noticed that brother PSALMS was teaching his children PROVERBS concerning ECCLESIASTES and SONG OF SOLOMON.This coincided with the time that ISAIAH and JEREMIAH were in a LAMENTATION for EZEKIEL and DANIEL their friend ,by the time AMOS and OBADIAH were around, three days after,HOSEA, JOEL, and JONAH traveled in the same ship with MICAH and NAHUM to Jerusalem,HABBAKKUK then visited ZEPHANIAH who introduced him to HAGGAI a friend of ZECHARIAH whose cousin Is MALACHI. Immediately, after the old tradition, MATHEW,MARK, LUKE and JOHN got involved in ACTS with the ROMANS who were behaving like the CORINTHIANS who were also always at loggerhead with the GALATIANS.At that time too the EPHESIANS realising that the PHILIPPIANS were close to the COLOSSIANS suggested to the THESSALONIANS that they should first of all see TIMOTHY who had gone to the house of TITUS to teach PHILEMON his younger brother how to read and write in HEBREWS on hearing this JAMES asked PETER to explain to him how the first, second and third JOHN (brothers) here disclosed to JUDE the REVELATION of my journey in 2020.HAPPY NEW YEAR.

ARE Masons Without the Aprons the Satanic Lion’s Club?

The Lions Club – Is the Lion’s Club Satanic? Do these ‘Masons Without the Apron’ serve the Lion of Judah (the Lord Jesus Christ), or the…