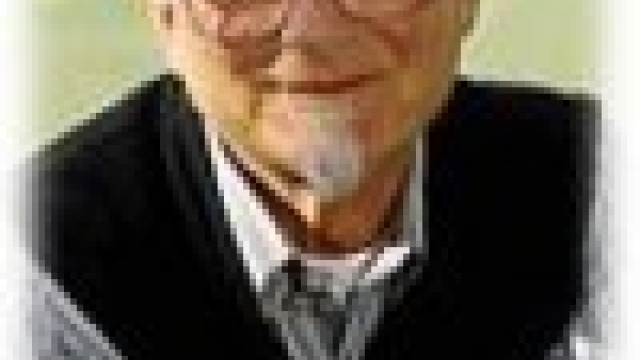 Joshua Iyadurai’s Transformative Religious Experience is an interpretation of thirty-nine interviews of Indians who shared with him their stories of con- version from Hinduism, Islam, Sikhism, and tribal religions to Christianity (8, 252). About his book, he says: “The primary purpose is to demonstrate that religious experience—in other words, thedivine-human encounter—is central to religious conversion and triggers personal transformation … The secondary purpose is to let the reader hear the voices of converts in their own words” (2). Rather than telling their stories and working his findings into a preselected theory, he chooses a theory, what he calls the Seven Step Model, which is com- patible with the patterns in the narratives suggesting that conversion is both an event and process (chapter 10).

With rich detail, Iyadurai describes various conversions subsequent to or accompanied by visions of Jesus (chapter 1), dreams (chapter 2), Bible reading (chapter 3), miracles (chapter 4), answered prayers (chapter 5), immediate awareness of divine presence (chapter 6), and mystical experiences (chapter 7). The visions of Jesus as well as the converts’ responses to these visions seem to occur spontaneously without any conscious effort or deliberation (30). The described dreams were perceived as solutions to various crisis situations over which the converts had much anxiety (54–55). For many converts, the truth “heard” is regarded as God’s voice while they read the Bible or listened to sermons (57, 60, 83–84). The miracles, dramatic changes resulting from divine intervention, include healing from serious illness and terminal disease (86, 88– 89, 90–91) and resolution to problems which converts say that no person or amount of money could solve (94–95). Converts attribute their healing (102, 113–114), deliverance from addiction (103, 105), and restored marriages (114–115) to answered prayer. The immediate awareness of God’s presence and saving power is characterized by relatively “mild experiences” that do not involve sensory elements like sight, sound or bodily changes (120, 141–142). Mystical experiences have the effect of increasing the convert’s knowledge of God and closeness of relationship to God (154–155, 160, 165).

Iyadurai claims that conversion has effects that are spiritual, attitudinal and behavioral, health-giving, social, and economic (chapter 8). Persons are con- victed of their sinfulness but after the encounter with the divine, their remorse is replaced by a new self-image (188), “long-lasting joy, peace, and happiness” (7, 184), and even new talents and abilities (189–190). He points out the principal

criticisms in India spoken against conversions and converts themselves and the hostilities, persecutions, injustices, and sufferings to which they are subjected to as a result of their conversion to Christianity (chapter 9). Notwithstanding, converts are willing to risk and endure these hardships because of the positive qualities of conversion and their access to the potent resources of faith, prayer, the Bible, and worship (227–231).

Though Iyadurai does not self-identify as Pentecostal, his work has relevance for Pentecostals and Pentecostalism. He is a long time member of the Church of South India, a union of many Indian Christian churches formed in 1947. He values the emphasis on spirituality in Pentecostalism (5). His work demon- strates a principle with which many Pentecostals would agree: “the change from one faith to another is not by rational choice but due to the divine- human encounter” (144). For Pentecostals who believe in the spontaneity of the Holy Spirit, Iyadurai describes many spiritual experiences, though exem- plifying common features, that are not ordinary or routine. Yet he challenges Pentecostals with the implications of a variety of meaningful religious experi- ences for validation of Christian faith.

Iyadurai’s conception of salvation is, for the most part, extremely individ- ualistic. In his interpretation of Tanya M. Luhrmann’s scholarship, he says: “In conversion to Christianity, converts find a lifelong companionship with Jesus that is private and mystical” (247). His focus is on inter-personal relation- ships, although he talks about converts’ resisting social evils associated with caste and arranged marriages (192–193). Conversion leads to a loss of nega- tive attitudes and behaviors such as anger, pride, jealousy, dishonesty, impa- tience, and violence (191). Converts generously express love, forgiveness, tol- erance toward others and give to the poor (192–193, 195). The notorious vices or sins from which persons are saved are drinking, smoking, card-playing, use of pornography, watching suggestive movies and television programs (103, 125, 191). In his discussion on conversion’s influence upon personal educa- tional attainment and financial success, he does not raise the hard questions about economic practices and policies that perpetuate poverty and injustice in India, a country plagued with huge disparities in income, wealth, and life chances.

In places throughout the world where Pentecostalism is growing, especially in societies and cultures that are predominately non-Christian, Iyadurai pro- vides insight into the multiple factors leading to the conversion to Christianity and the varied ways that persons narrate their newly found faith and experi- ences in Christ. He dispels the myth that conversion is limited to responses to the preached Word and commonplace notions of how the Holy Spirit works. It may be that God is doing a new thing.

Did the Bible Prophesied About ‘Nuclear Deal With Iran’?

Did the Bible Prophesied About ‘Nuclear Deal With Iran’ And Predicted It Will Be A Complete Catastrophe? Tammy Rockwell [07/19/2015 12:22 AM] Oh wow…