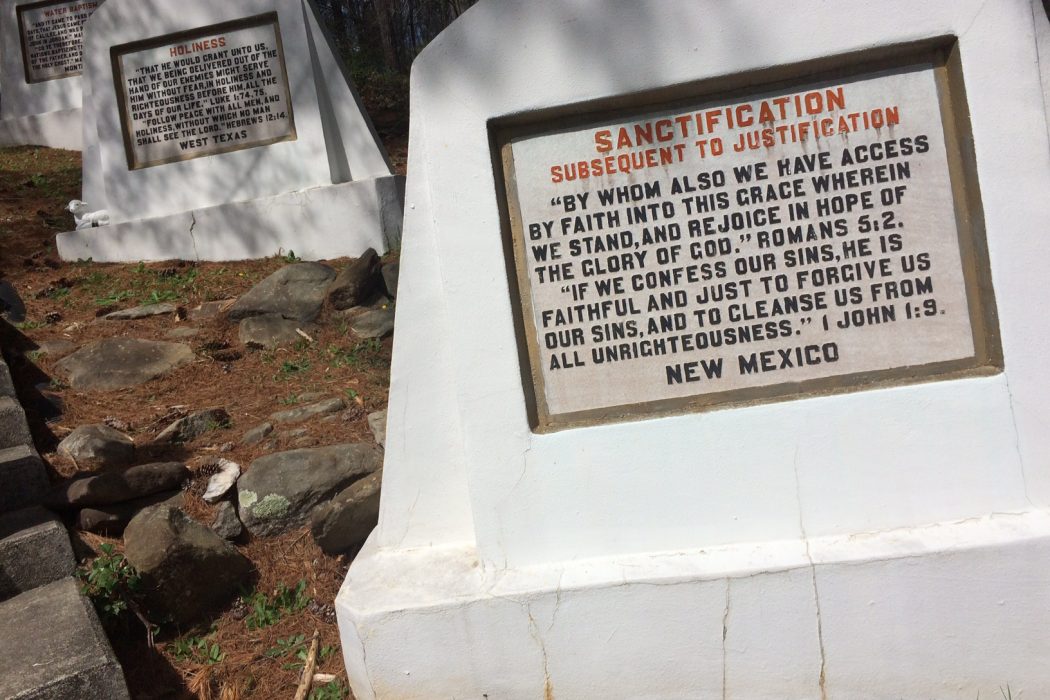 THE MEANING OF SANCTIFICATION

The term for ‘sanctification’ as used in the New Covenant is HAGIOSMOS and means basically ‘set apart’, in the sense of being set apart from all else and dedicated for Yahweh God’s use.

The concept of ‘holiness’ is derived from this in that what is set apart unto Yahweh, is not contaminated by the corruption of the world and it’s influence. It is wholly set apart unto Him, in purity.

For the believer, sanctification defines an internal state of separation from everything in the world brought about by a divine work of grace in the believer’s life. This work of grace at salvation sets the believer apart as separate from and holy unto Yahweh God.

This state of sanctification is not inherent in the nature of man, nor can it be achieved through human effort, as a cleansing is necessary in the heart of man to achieve this purity from the inherent influence of the world.

In being set apart from the world, the believer is separated from the dominion of the ruler of this world, Satan. He is virtually taken out of the kingdom of Satan by being joined to Messiah, whereby he becomes part of the kingdom of God. “Who has delivered us from the power of darkness, and has translated us into the kingdom of his dear Son” Colossians 1:13

He delivered us from the power of all that is darkness, from all their evil forces and their control over us and has translated us into another kingdom. By delivering us from one, He translates us into another whose characteristics are righteousness, peace and joy in the Holy Spirit (Romans14:17). In this transaction, the believer is rendered pure, holy and set apart. Sanctification involves separation, dedication, purity, consecration and service.

The believer is sanctified in Messiah, for “Yeshua the Messiah .. .. is made unto us .. .. sanctification” 1 Corinthians 1:30

The Father set the Son apart for ministry and sent Him into the world (John 10:36). The Son sanctified Himself for the Assembly’s sake (John 17:17,19). The Father accepted the offering of the Son as a Lamb without spot or blemish.

“By that will we have been sanctified through the offering of the body of Yeshua the Messiah once for all. For by one offering, he has perfected forever, those who are being sanctified. Whereof the Holy Spirit is also a witness to us.” Hebrews 10:10,14-15

The Holy Spirit is able to effect sanctification in us on the basis of Yeshua’s substitutionary work on the torture stake. Through the redemption purchased for us at Calvary, and the purifying of our conscience by the blood of Yeshua, the believer is liberated from the world, to serve Yahweh God (Hebrews 9:13-14). The indwelling presence of the Holy Spirit is the reality of this, for He has imparted to us the Sanctified One.

THE REALITY OF SANCTIFICATION

“God has from the beginning chosen you to salvation through sanctification of the Spirit and belief of the truth” (also 1 Peter 1: 2) Our initial salvation is wrought by faith on our part and the sanctifying work of the Spirit in response to our faith, cleansing us from all uncleanness.

There has been a cleansing, a work of setting the believer apart from all that constituted his past life, making him righteous or justified with Yahweh God. There are three aspects of the work of the Spirit here, they are – the washing of regeneration, the work of separation/sanctification and the justification of the believer. Paul says to them, “You are sanctified”. It was accomplished at conversion.

In chapter three of this same letter, Paul says to them that they are carnal because they had envy, strife and divisions among themselves (v.1, 3) They were sanctified by the work of the Spirit, yet they lacked the outworking of it in their lives. They were not continuing on in maintaining a state of sanctification.

Yahweh God calls His people to separate themselves from all uncleanness and to appropriate in their lifestyle, what He has effected for them spiritually. That is, to make their legal position in Messiah also their actual experience and their possession.

“Wherefore, come out from among them, and be separate, saith Yahweh, and touch not the unclean; and I will receive you, and I will be a Father unto you, and you shall be My sons and daughters, saith Yahweh the Almighty” Having these promises dearly beloved, let us cleanse ourselves from all filthiness of the flesh and spirit, perfecting holiness in the fear of God.”

Sanctification is an initial work of grace which needs to be entered into fully so that holiness is perfected or completed in our lives.

The Holy Spirit (Ruach HaKodesh) in sanctifying the believer, delivers him from the power of sin and death so that he can walk in holiness and serve Yahweh God acceptably.

The ‘death’ that is considered here is spiritual death which is the result of sin. Spiritual death is separation from God, alienation and independence from Him in every way, and in this state man is at enmity with God. Death is an absence of life, and when we are alienated from God, we are devoid of life, for He is the source of all aspects of life. The energising life-flow that was originally breathed into man at the beginning, brought him into communion with God. Only in a life of communion with Yahweh God does man have ‘life’.

When in a state of death, man’s life cannot be sustained, for man does not have the source of life within himself, and ultimately the process of degeneration has it’s ultimate end with the body’s decease also.

“And you hath he quickened who were dead in trespasses and sins.” Ephesians 2:1

“God sent his only begotten Son into the world that we might live through him.”1 John.4: 9

In Messiah we have been made alive from our state of spiritual death and by a process of spiritual birth and the indwelling of the Spirit, we are brought into union with Him. The action of bringing us into union with God, separates us from our past union with sin. We are separated from it and it’s dominion over us, by being changed over into the kingdom of God.

The word ‘delivered’ means, ‘rescued out of’, and the word ‘translated’ comes from the two roots which mean ‘to change’ and ‘to cause to stand’.

He has rescued out of the dominion which darkness exercised over our lives, in the grip of which we were held captive, and has changed us and caused us to stand in His kingdom.

It is not only that we have been changed but also that we have been caused to stand. He establishes us and gives us power to stand where He has placed us in Him. His dominion over us is one that liberates. The verb ‘has delivered’ is in the aorist tense, which means that it is a past finished act of delivering us.

We have been delivered from the power of sin, it is not a continuing process. He has done all that is necessary for us to actually be free.

NON CANONICAL BOOK: JAMES “THE GOSPEL OF THE INFANCY”

NON CANONICAL BOOK SPEAK ABOUT JAMES “THE GOSPEL OF THE INFANCY”: By Thomas the Israelite Philosopher. “The infant Jesus healed his brother James of…