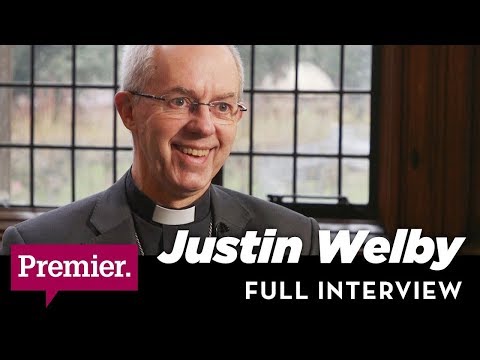 The Archbishop of Canterbury, Justin Welby, has spoken of his daily discipline praying in tongues and seeking words of knowledge and prophecy from others in a wide ranging interview with Premier. The head of the Church of England has admitted: “It’s not something to make a great song and dance about, given it’s usually extremely early in the morning it’s not usually an immensely ecstatic moment.”

The practice of ‘speaking in tongues’ is a phenomenon in which Christians speak in languages unknown to the speaker, or in a ‘divine language’ when praying to God or as an act of worship. ‘Words of knowledge’ and ‘prophecy’ are messages people believe to be revelations given to them by God about people or future events. Both are common practises in pentecostal and charismatic churches such as Holy Trinity Brompton, London where Justin Welby was a member before becoming a priest in the Church of England.

Leader of the world’s Anglicans, Justin Welby the Archbishop of Canterbury, prays in tongues daily and seeks “words of knowledge” and prophecies. But he added “It’s not something to make a great song and dance about, given it’s usually extremely early in the morning it’s not usually an immensely ecstatic moment.”

Welby said: “In my own prayer life, and as part of my daily discipline I pray in tongues and prophesy every day – not as an occasional thing, but as part of daily prayer.”

He went on to say how he has also been encouraged by those words of knowledge and prophecy. “I expect to hear from God through other people with words of knowledge or prophecies – some of which I am unsure about, others I can sense there being something of the Spirit of God.”

WHY AM I NOT A CALVINIST AGAIN? #Pentecostal #Christian…