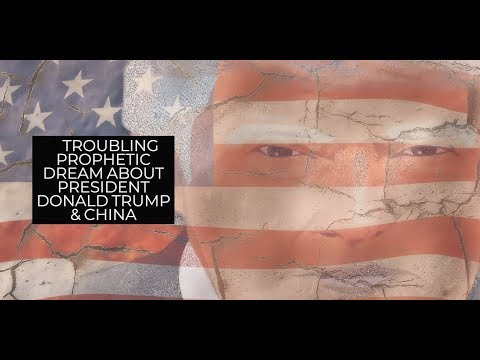 President Trump’s border wall and our government’s shutdown still dominate the news. While leftists bash Trump and his agenda, pastor and prophet Frank Amedia says building walls around our nation’s borders is completely biblical. And in the same way, open borders are actually unspiritual. Indeed, Franks calls opening the borders a globalization tactic meant to lead to a one-world government.

While at first glance, globalization looks compassionate—as it aims to allow other nations to have what we have—it also carries a serious danger. Not only does it lend itself to a powerful elite that controls the common people with money and power, but it also sets the stage for the Antichrist.

With all these spiritual factors at play, it’s no wonder leftist politicians and media are doing all they can to strip Trump of his authority. Frank says this is just the beginning of the chaos he prophesied for the beginning of 2019, and unfortunately, it’s just going to get worse.

“It appears now that whatever is coming out of [Robert] Mueller is going to come in February and March,” Frank says. “We may well see an impeachment process begin in March or sooner. But God is going to prevail, and what they have intended for bad, God will make good—not because Trump is or is not a Christian. That’s between him and God. But it’s because this anointing is upon this man to stop and resist and break all of these forces that have been against this nation as one nation under God and against the body of Christ.”

Bro. Paul Washer, is Sinners Prayer really sending people to hell? Recently I attended a wonderful concert with one of my favorite praise and…