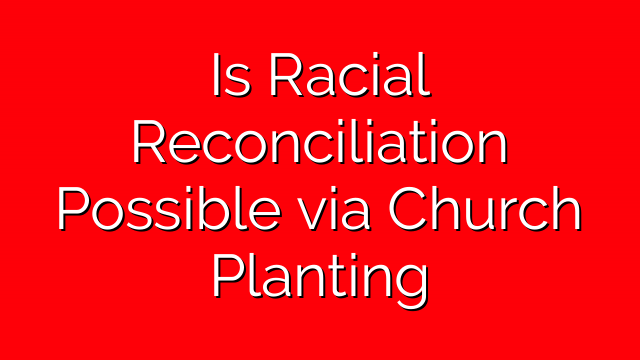 Pastor Robbie Edalgo of Cross Culture
Church, an Alliance church plant
in Cordele, Georgia, decided to take his
discipleship group on a prayer walk with
a large, wooden cross he had recently acquired.
When several African-American
men drove by and saw a big white man
carrying a cross, they assumed the group
was on a white supremacist march. They
called a friend, Alex*, to check it out. He
caught up with Robbie’s team after some
African-Americans had joined them
in prayer.
“What are y’all doing?” Alex asked.
“We’re praying for people,” Robbie
said. “Can we pray for you?”
Alex declined the offer and confessed
why he was there. “It broke my heart,”
Robbie recalls. He hugged Alex,
who agreed to join them in praying
for Cordele.
After praying, Robbie opened his eyes
and saw a shotgun on the floorboard of
Alex’s truck and shells strewn on the
passenger seat. Robbie then realized
that Alex had been expecting a violent
confrontation. “There’s a lot of racial
hurt [here],” Robbie says. “We’re entering
into the story at what I believe is an
opportune time.”

The mission to bring differing
ethnicities together has begun unifying
area denominations. Several people from
other churches joined Cross Culture’s
outreaches, and one of the nation’s largest
churches has started Bible studies with a
nearby African-American congregation.
Despite these efforts, racial tension
continued to be evident in Robbie’s
interactions with some area church
leaders. When he invited a deacon from
a local church to his home for dinner,
the man started to stereotype AfricanAmericans.
Robbie asked him to leave.
Robbie’s mentor encouraged him
to join these leaders in their journey
toward reconciliation rather than turn
them away. After Robbie called the
deacon and apologized for his lack of
hospitality, the two decided to study
God’s Word together at a restaurant. An
African-American friend of Robbie’s
stopped by and sat down with them to
talk about God.
Revelation describes what Christ’s
Kingdom will look like—every tongue,
tribe, and nation. “We believe that a
multiethnic community of believers
is the gospel,” Robbie says. May God
raise up more Alliance church plants to
foster peace and reconciliation in their
neighborhoods.

#CrackerBarrel to Change to a Politically Correct Name

#CrackerBarrel to Change to a Politically Correct Name John Kissinger [07/14/2015 4:35 PM]Cadence Ashley Westbrooke waiting for you to ask what this has to…