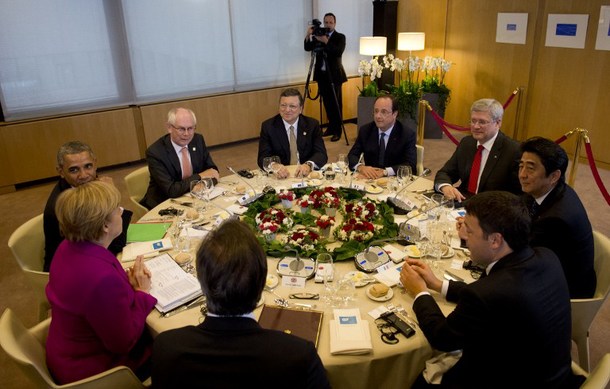 Džulieto Chiesa: 9 people each month gather at a restaurant of “Wall Street” and play with the fate of 6 billion

Džulieto Chiesa is a former member of the European Parliament and a famous anti-globalisation. He gave an interview a few weeks ago about the “Rosbalt”. We offer you a summary of the most interesting parts of it.

In the coming years the world is threatened by a war for resources. To avoid such a catastrophe, we need a fundamental shift of consumer ethics. However, in this case, the financial elite will probably want to solve all problems through the script of the September 11, 2001.

We are at the beginning of the transitional period, which has no precedent in history.

He could have occurred a decade ago, but the United States in 2001, due to the events of 11 September have postponed the crisis with 7 years. It was postponed, but not canceled. And in 2008, she came back. Who will benefit from this era — is complicated, but it is already clear that the story of the last three centuries is drawing to a close.

Today, it is clear that it is impossible for development beyond the closed system of resources – the world has reached the borders of development. All those people who say that the old system will continue to work-lie. Coal, oil, and uranium — even all the resources of the planet are almost exhausted, and it is only a matter of time before they finally end up. All of our realities with which we are accustomed to — will change.

Civilization of money will disappear.

We need to understand that the old democracy already dying. In Europe, half of the population does not come to the polls – and not because of political apathy. A huge number of people confused not svoe representation in power I am not against the Parliament, municipal councils, etc.

You just need to create a new system of representation, new parties and movements. And this movement must come from below, from the bottom.

Manipulate us, cheat us! People have become a tool for purchases. The brains of almost all people control absolutely. We live for this market, where we work and where we’re taking a break. He is the one that dictates our actions. We are not a free people. Journalists must inform people. But the media are silent on this issue.

TV 24 hours tells us what to buy, that our scale of values – is our purchasing ability. In fact in modern TV true information is not more OTA 8%. Everything else is advertising, and entertainment. A guy form the same 92%.

I would not start with the media. 50 years ago the human personality is constructed in the family, in school, and sometimes – in the Church. Today, 90% of the thinking of young people, is formed by the television. TV has become the most important cultural structure throughout the world, from the United States to India and China.