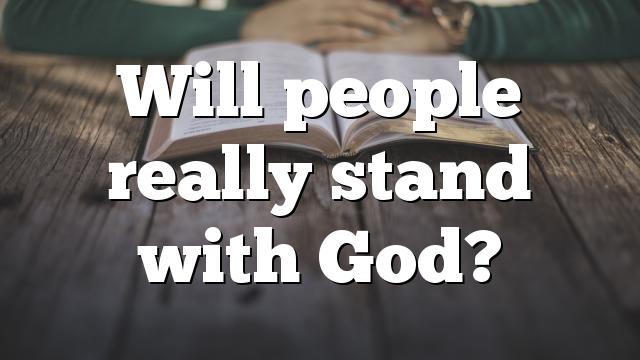 Some will say that what I’m about to say is because I’m bitter. I’m not. I’ve moved on. But I’ve been thinking this morning and I’m concerned.
I won’t rehash the story, but suffice it to say that I was given an ultimatum to leave the independent church I’m working in, or surrender my credentials or have my credentials revoked. I surrendered them back in March. Since that time, I’ve had many ministers, both in my state as well as from other states and even some men from within “the system” contact me and tell me and tell me how sorry they are and most have said that they felt I was wronged. My point is NOT to argue that. I’ve made my choice and moved on.
Recently I’ve spoken with ministers who again stated that if I’ll just hold on they would help fight for my credentials when there is a change in leadership. Again, my post is not against my former AB. Here’s the concern.

If men and women who say that they believe I was wronged but will not stand up or speak up for what they believe to be right, what makes them think that they will suddenly find it within themselves to stand up for what’s right when the government tells them to preach what they are told or even to renounce their faith or watch their family die? I’m NOT equating this on the same level…. it’s NOT. But all this has had me thinking about this and wondering what it will really be like if we Christians come under such preasure and tribulation? I think about a personal issue a number of years ago when a friend and fellow-pastor came under attack and accusation by a superior and I went to bat for him and proved him innocent of the accusation. I was told then my future in the COG was over, but I refused to watch my brother destroyed to cover for someone elses failure. Just recently someone asked me if it was worth it. My answer was “absolutely.” It did cost me, but I KNOW I did the right thing and God, who keeps records knows. That’s all that matters to me.

But to the issue at hand. I really wonder if when the rubber meets the road how many men will bow their knee in order to save their own families? That’s a lot to think about. Speaking for me, it’s easy to risk my own neck, but what about when it’s my wife, my kids or my grand baby? That changes the playing field and it is a lot to think about!

Trump, Clinton, or Neither: What’s the political role of the church in America today?