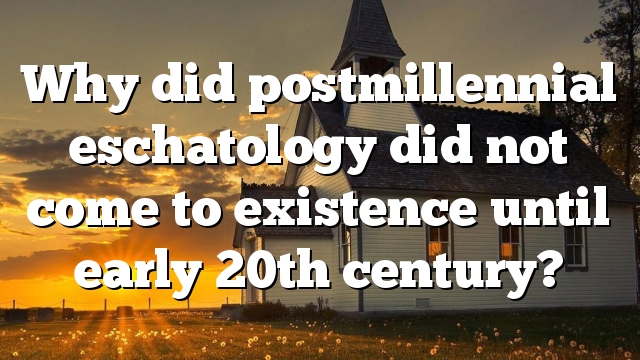 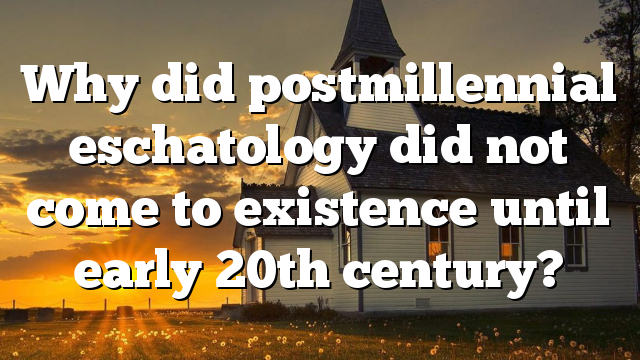 Why did postmillennial eschatology did not come to existence until early 20th century?

Why did post-millennial eschatology not come to existence until early 20th century?

Answer: To juxtapose the growing influence of the orthodox pre-trib Biblical teaching in the Western hemisphere as presented by most if not virtually all early Church Fathers

ATONEMENT and RESTITUTION in the SPIRIT