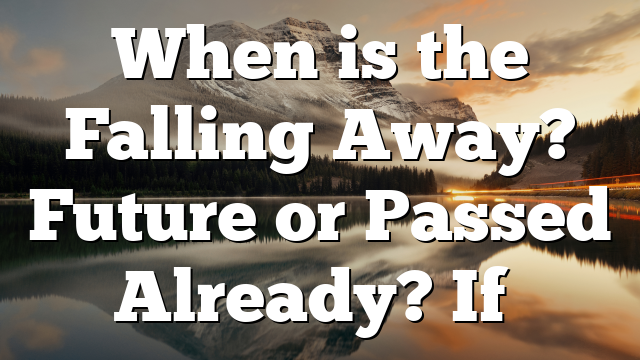 When is the Falling Away? Future or Passed Already?

If the ‘falling away’ hasn’t already happened, the only point or way to see it in the near future is for the ‘remnant’ to hold on to their debit/credit chip card/microchip to remain activated in order to ‘buy and sell’. Which means they take the ‘sign’ or ‘mark’ of the beast(church of Rome) of their Sunday False Sabbath to keep it in activation. It will be a ‘falling away’ from Truth of the ones who once believed.

Abhor What is Evil

Pastor Shane Brown gives a Bible-based teaching about the importance of Christians hating what is evil. http://www.prayerfaithministry.com To order a copy of Shane’s book…