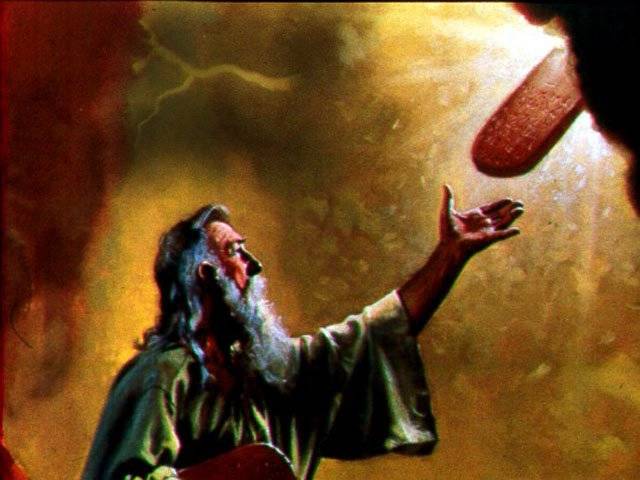 The wikipedia page, and most other depictions of the tablets are that they are of the ten commandments. When I read Exodus, it seems at least to me a little less clear as to what exactly was written, i.e. they have the law and the commandment.

(Ex. 24:12) Now the LORD said to Moses, “Come up to Me on the mountain and remain there, and I will give you the stone tablets with the law and the commandment which I have written for their instruction.”

(Ex. 31:18) When He had finished speaking with him upon Mount Sinai, He gave Moses the two tablets of the testimony, tablets of stone, written by the finger of God.

There does appear to be at least some Jewish schools of thought that believe this verse implies more than just the ten commandments were on the tablets:

Teachings and commandments. הַתּוֹרָה וְהַמִּצְוָה (ha-Torah v’ha-mitzvah). The expression seems too large for the Decalogue, hence Rashi explains that God’s inscription on the tablets comprised all 613 mitzvot of tradition. The 19th-century scholar Meir Lev ben Yechiel Michael (Malbim) took this phrase as the title of his popular Torah commentary. [Torah][1]

There does also appear to be some debate that weight of stone would limit the size, and hence the number of words that could fit on a tablet.

FacebookTwitterSubscribe
Subscribe to receive all news to your email or phone: [wysija_form id="1"]
covenantexoduslaw