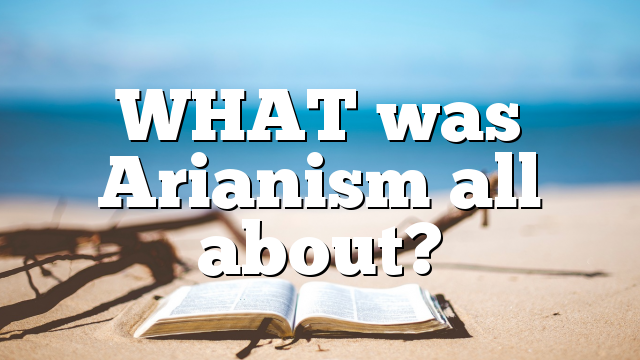 an influential heresy denying the divinity of Christ, originating with the Alexandrian priest Arius ( c. 250– c. 336). Arianism maintained that the Son of God was created by the Father and was therefore neither coeternal with the Father, nor consubstantial.