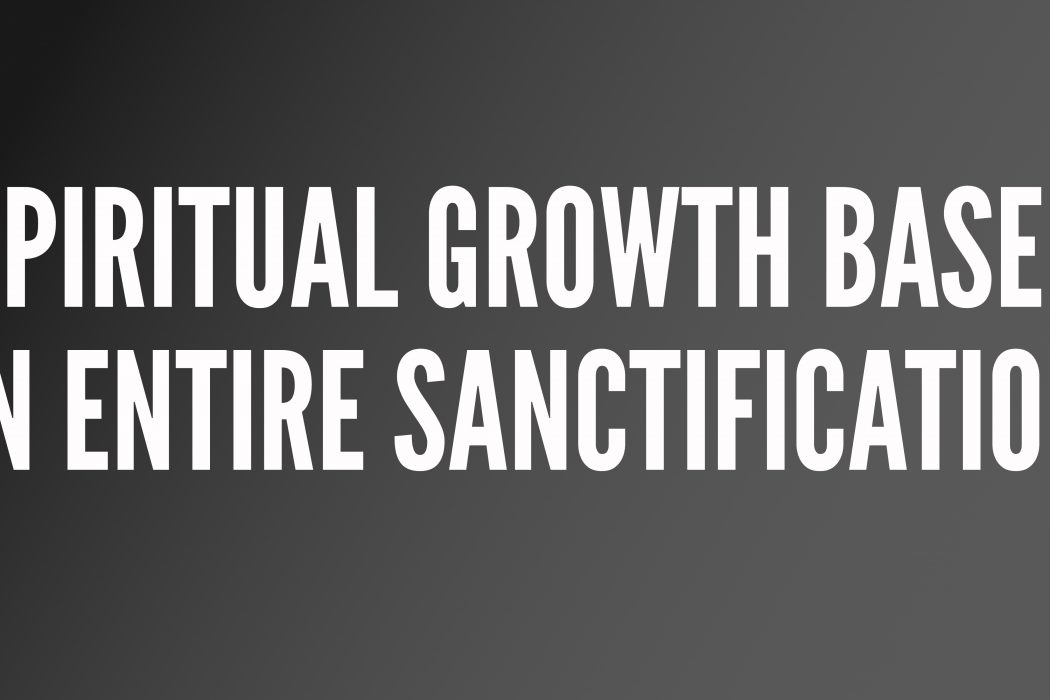 When does Sanctification begin?

The quest for the holy grail of sanctification

WHAT is the ASSEMBLIES of GOD position on SANCTIFICATION today?

The original language on sanctification in the Fundamental Truths was a compromise between Wesleyan and non-Wesleyan members which allowed the two doctrines to coexist. Under the heading “Entire Sanctification, The Goal For All Believers”, it read, “Entire sanctification is the will of God for all believers, and should be earnestly pursued by walking in obedience to God’s Word”. The term “entire sanctification” is distinctly Wesleyan, but the statement actually called “for an ongoing, process of obedience in reliance on, and cooperation with the Holy Ghost”.

In 1961, the General Council revised the statement significantly, giving it its current form. It eliminated some of the Wesleyan language, such as “entire”. Stanley M. Horton, who served on the revision committee, stated that the committee “… felt that the word entire was ambiguous because we were using it with a different meaning than that promoted by holiness Pentecostals who taught a second definite work”.[7] While the current statement does represent the Assemblies of God’s position more accurately, the denomination’s teaching on sanctification remains ambiguous.

From the FUNDAMENTAL TRUTHS of the ASSEMBLIES of GOD:

Sanctification is an act of separation from that which is evil, and of dedication unto God:

Hebrews 12:14
By the power of the Holy Spirit we are able to obey the command: “Be ye holy, for I am holy.”

1 Peter 1:15,16
Sanctification is realized in the believer by recognizing his identification with Christ in His death and resurrection, and by the faith reckoning daily upon the fact of that union, and by offering every faculty continually to the dominion of the Holy Spirit.

The cost of sanctification

Current 2016 Church of God of Prophecy revised view of SANCTIFICATION

Current 2016 Church of God of Prophecy revised view of SANCTIFICATION Sanctification, like salvation, ultimately spans the entire life of the believer. Initially, it…

IPHC:
10. We believe in sanctification. While sanctification is initiated in regeneration and consummated in glorification, we believe it includes a definite, instantaneous work of grace achieved by faith subsequent to regeneration (Acts 26:18; 1 John 1:9). Sanctification delivers from the power and dominion of sin. It is followed by lifelong growth in grace and knowledge of our Lord and Savior Jesus Christ (2 Corinthians 4:16; 2 Peter 3:18).
The Foursquare Church teaches that sanctification is a continual process of spiritual growth i.e. that we be sanctified daily and become partakers of His holiness; growing constantly stronger in faith, power, prayer, love and service…

BACK to the BASICS of ENTIRE SANCTIFICATION

BACK to the BASICS: SANCTIFICATION AND HOLY LIVING

“It is a state of perfect love, righteousness and true holiness which every regenerate believer may obtain by being delivered from the power of sin, by loving God with all the heart, soul, mind and strength and by loving one’s neighbor as one’s self. Through faith in Jesus Christ, this gracious gift may be received in this life both gradually and instantaneously and should be sought earnestly by every child of God.”

MORE in the to TOPIC:

Contrary to Calvinism I believe sanctification

Are there any early COG writings that explain the work of sanctification as a point in time experience after being born again. I believe…

The Doctrine of Sanctification in the New Pentecostal Catechism

Q. 52. If God grants the grace of repentance, and we repent, believe, and receive pardon for all our sins, will we need a…

Let’s get back to teaching sanctification

Let us get back to teaching sanctification! Our knowledge of the truth is useless if it is not accompanied by a holy life. It…

Is #Sanctification a one-time thing after salvation according to John Wesley?

Sanctification as a one-time thing after salvation. John Wesley wrote a little book, The Case for Christian Perfect, what I might call almost a…

Was the Concept of Progressive Sanctification brought into The Pentecostal Church by Pentecostal Calvinists ? Charles Page [02/22/2016 12:25 PM]Does this mean there are…

Shall They Cast Out Demons?

Michael J. Dies Can believers be possessed, or demonized, by evil spirits? According to the article “They Shall Cast Out Demons” by Maureen Eha…