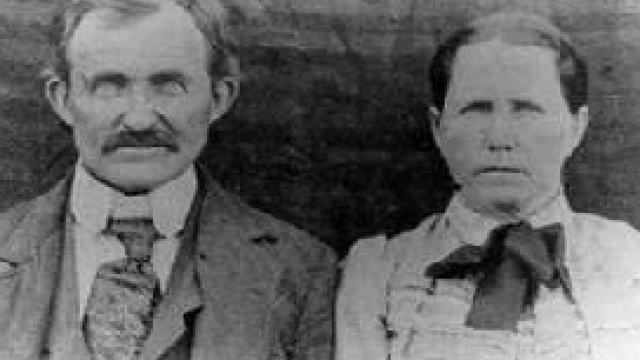 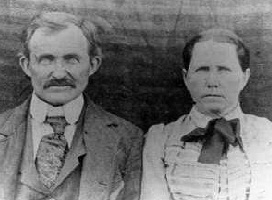 But there are two problems:  1) A close examination of the evolution of Irwin’s movement strongly suggests that the Fire-Baptized movement neither spread nor organized that quickly.  For example, by the beginning of the Shearer Schoolhouse revival, Irwin had only ministered the fire in Iowa and perhaps Oklahoma.  As late as the beginning of 1897, when Irwin was making his first preaching venture into the South, he was still organizing congregations for his Wesleyan Methodist denomination.  And he did not organize any state associations (even in Iowa) until the second half of that year, perhaps not until after his revelation that dynamite can follow the fire greatly accelerated opposition to his teachings.  If Irwin’s movement did not spread, radicalize, or organize as quickly as hitherto thought, it no longer seems as plausible that the Fire-Baptism movement could have moved into Beniah, Coker Creek, or Camp Creek during 1896   2) But even if the Fire-Baptized revival did somehow spread into the region by 1896, Daniel Awrey was not its apostle.  He had left Tennessee for Texas before the movement began and did not return until 1898. Awrey was indeed living and ministering in the area beginning in 1893.

Conditions were no better in 1886. Richard G. Spurting and others who shares   his concerns were probably unaware that the critical circumstances in the Unicoi  Mountains of the East Tennessee were only a relief in the pattern of modernism  and liberalism that was settling like a pall over the breadth of Christendom.  The prevalent unrest and turmoil threatened to tear the vitals from Western  Christianity. The times were severe, and evangelical faith had struggle for its  existence against influences and forces beyond the ken of most Bible-believing  Christians such as those in Cokercreek.

The Lost Link by R.G. Spurling

By 1884 some of those who became   disturbed were wrought upon to seek a way of revival and reform rather than   acquiesce to the trend away from the Bible and the worship taught in it. Near   the community of Cokercreek in Monroe County, Tennessee, a licensed minister and  pastor of the Baptist Church devoted himself to prayer and study of the   Scriptures and church history of a way out of the morass of tradition, legalism   and ecclesiolatry.

The Baptist Church that Spurling left

WHERE WILL YOU BE DURING THE WRATH

WHERE WILL YOU BE DURING THE WRATH OF GOD? What group in Revelation 7 do you want to belong to? The 144 000 sealed…