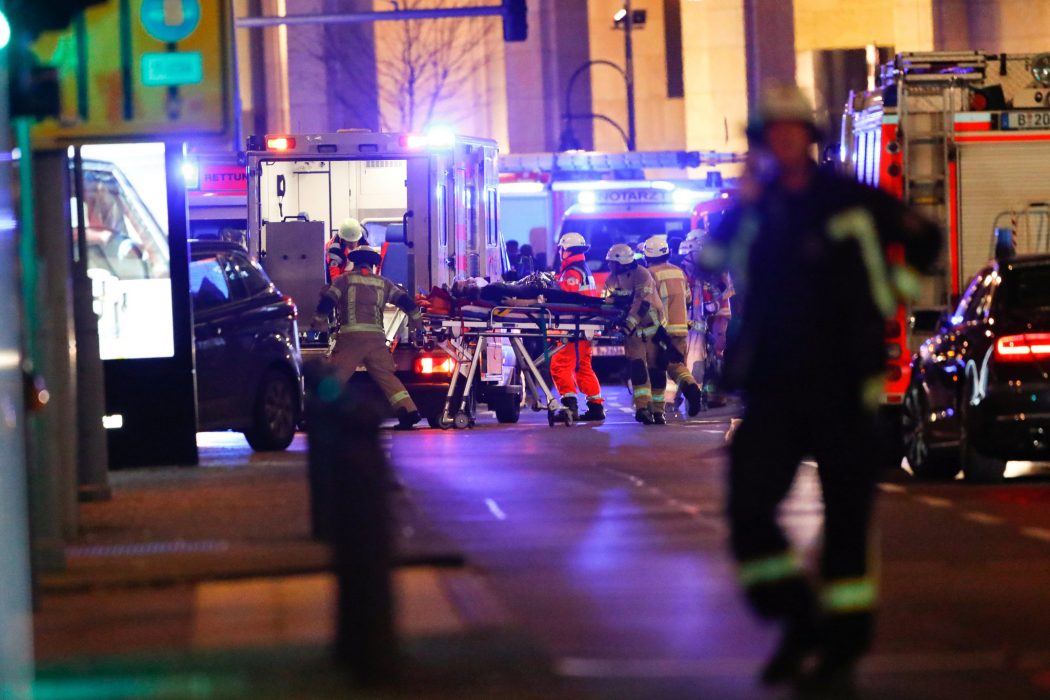 BERLIN — A truck driver plowed into a crowded Christmas market late Monday on a city square in central Berlin, killing at least nine people and injuring 50 others, in what the police said they believed was an attack.

German media reported that the truck driver jumped the sidewalk around wooden stands at the market, which was set up around the Kaiser Wilhelm Memorial Church, whose jagged spire, a reminder of the bombings during World War II, is one of the most symbolic sites in Berlin. It sits between two main streets that run through the heart of West Berlin.

Local media reported that the driver fled the scene. Later, Berlin police said they had arrested a man near the Christmas market, but they were not immediately able to confirm whether he was the driver. The police also said a passenger was found dead in the cab of the truck.

FacebookTwitterSubscribe
Subscribe to receive all news to your email or phone: [wysija_form id="1"]
9berlinchristmasdriveskillsmarkettruck

Theology and geography: Have you ever considered how milage affected the Jews and their captivity? When they were taken into captivity and marched the…