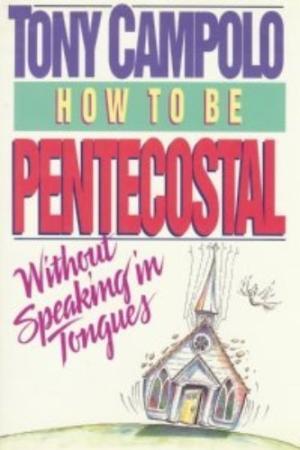 You’ve heard about it before. You knew this false teaching existed and here it is now before you…

The book by Tony Campolo called “How to Be Pentecostal Without Speaking in Tongues” was first published in 1991.

In 1965, Dr. Harvey Cox wrote a book entitled The Secular City, as an attempt to offer a theology for the age of coming postmodernism. But in the mid-1990s, Cox wrote another book entitled Fire from Heaven, which served as a response to some of the questions raised previously in The Secular City. It represented years of his research in Latin America where he observed namely the charismatic renewal revival…

Just about a decade later, Peter Wanger’s call for a New Apostolic Reformation at the turn of the century marked the becoming of neo-Pentecostalism as the Third wave movement – a new type of liberation theology contextualized within North American capitalism.

STRANGERS to the FIRE told the whole story…

So ask yourself and your church these questions today (click on them to read more):

Have we restricted the work of the Holy Spirit  today?

Are you baptized with the Holy Ghost and fire ?

FacebookTwitterSubscribe
Subscribe to receive all news to your email or phone: [wysija_form id="1"]
campolopentecostalspeakingtonguestony