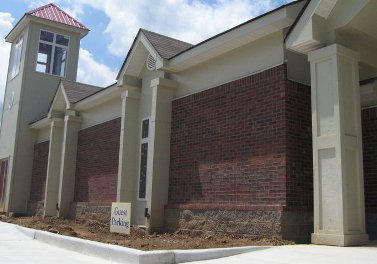 The timeline for the beginning of the various denomination associated with Richard Spurling’s family began in this Church near Jellico Plains, Tennessee. The basis for the church was the continuation of the ordination from this Baptist Church.

Hands that were laid on R G Spurling Sr. was the ordination that set forth R G Spurling Jr. into the pastoral ministry. The roots of these denominations are baptistic! It did not take long to become a union of other systems however their roots are baptistic. This is a Landmark belief at work.

Can people abandon their roots?

John Kissinger [01/30/2016 8:10 PM]
on your original ROOTS question, we had a great discussion not long ago sparked by Christopher Hart or Daniel Rushing about Henry Volk Reformed theology roots, Peter A Vandever about Church leadership and your take on church’s historical merits http://www.pentecostaltheology.com/abandoning-your-roots-vs-rethinking-your-theology/

Charles Page [01/30/2016 8:15 PM]
If Spurling Jr. had insisted on being the first pastor of the church we could say we were not Baptistic and truly broke away. However they knew better and so Sr took the place as pastor having the authority and continuing apostolic secession!

Charles Page [01/30/2016 9:12 PM]
The Church is original the building has be relocated from across the road. It has renovations and still an outhouse for a toilet.

Christopher Hart [01/31/2016 7:53 AM]
Yes, I’m aware. However, he said he considered the Holly Springs Baptist congregation the “first” COG. It was that assertion I was responding too.

John Kissinger [01/31/2016 8:11 AM]
Depends if you are talking gathering or organizing or registering or what … as its beginning

Jim Price [01/31/2016 2:46 PM]
Overriding this timeline was the aftermath of the civil war and how it left such a feeling of helplessness. The book Cold Mountain gives us a hint of how the mountain people were treated and how they felt. There was also great bloodshed and horror in Kansas at this time in history. A study of the Jews coming back from exile also points out how a people respond to God in desperate times.

FacebookTwitterSubscribe
Subscribe to receive all news to your email or phone: [wysija_form id="1"]
beginningdenominationjellicoplainstimeline

This is by Tucker Carlson and it truly reflects the state of Amerika today. The truth is no longer an acceptable statement in most…