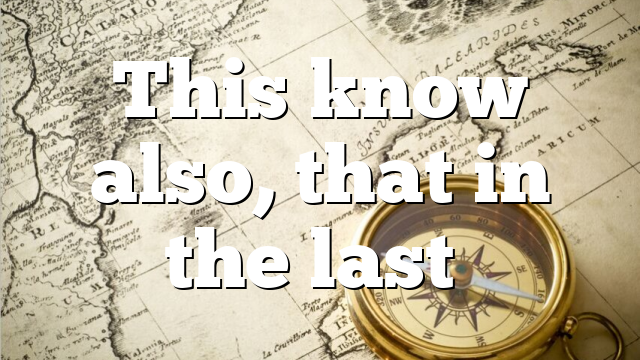 The Bible says: “This know also, that in the last days perilous times shall come. For men shall be lovers of their own selves, covetous, boasters, proud, blasphemers, disobedient to parents, unthankful, unholy, Without natural affection, truce breakers, false accusers, incontinent, fierce, despisers of those that are good, Traitors, heady, high minded, lovers of pleasures more than lovers of God; Having a form of godliness, but denying the power thereof: from such turn away” (2 Timothy 3:1–5).
“And as it was in the days of Noah, so shall it be also in the days of the Son of man. They did eat, they drank, they married wives, they were given in marriage, until the day that Noah entered into the ark, and the flood came, and destroyed them all. Likewise also as it was in the days of Lot; they did eat, they drank, they bought, they sold, they planted, they built; But the same day that Lot went out of Sodom it rained fire and brimstone from heaven, and destroyed them all. Even thus shall it be in the day when the Son of man is revealed” (Luke17:26–30).
Nowadays, the entire world becomes increasingly evil and dark, and all people live within a huge cauldron of filth. Through social news, we can see countless fraud cases, crimes and violence and that they can’t be curbed. Both adults and children rely on Satan’s rules of survival to live, and for fame and gain, they fight with others, deceive each other and struggle viciously. So, these words, “bullying” and “mistress,” become more common. Even husbands and wives or relatives and friends betray and turn against each other, and they’ve lost conscience and morality. Some stars and great people appear honorable and successful, but they live vacuous, painful lives; some of them try to escape emptiness by drinking or doing drugs, and some develop depression and commit suicide. What’s more, same-sex marriage has been publicly recognized by some countries and become generally accepted, while little attention is paid to the facts of Christians’ persecution and many people don’t dare to speak out for righteousness. In addition, though some Christians pray to the name of the Lord Jesus, they can’t put the Lord’s words into practice, but follow worldly trends, cling to money and struggle with others over name and benefit, living in a state of sinning in the daytime and confessing in the evening. All these facts prove that in the last days, mankind’s corruption has reached the peak. Mankind are weary of the truth, adore what is evil, don’t seek God’s appearance or the bright path of life, and don’t worship the true God. The corruption of mankind now is unbearable for God to witness, just like that of the age of Noah. This entirely fulfills the prophecies of the Lord’s return. If we don’t keep watch and don’t seek or investigate God’s appearance and work but follow the trends, then we will be captured by Satan. Just as God’s words say: “[I]t seems like a world of gaiety and splendor, one that is becoming more and more so. People’s hearts are all drawn to it, and many people are entrapped and unable to extricate themselves from it; great numbers will be beguiled by those who engage in trickery and sorcery. If you do not strive for progress, are without ideals, and have not rooted yourself in the true way, you will be swept away by the swelling tides of sin” (“Practice (2)” in The Word Appears in the Flesh).
🎬Recommended: https://www.holyspiritspeaks.org/videos/love-never-fails-xiaozhens-story-musical-drama/
To Be Continued …