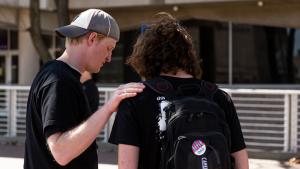 Theological speaking… is there a difference in:
~ The sinners prayer
~ The prayer of repentance

Tom Steele [02/29/2016 8:14 AM]
Technically speaking, there is no evidence of any type of “prayer” for conversion being used anywhere in Scripture for new converts. The idea is not entirely bad, but is often misleading. A “sinner’s prayer” or “prayer of repentance”, whether the same thing or two different types of prayer, are generally linked to conversion, and have led to the belief that once the prayer has been prayed, salvation has taken place. This, of course, leads heavily to eternal security beliefs that have many misled into thinking that they are saved merely because they prayed a prayer one time in their life, even though they may not have lived a changed life in any way.

Used properly, a “sinner’s prayer” may be an effective tool even still today, in the midst of generations of abuse, to help people understand the commitment they are making to God and the covenant they are entering into, but there really is no requirement to use a “prayer” when leading someone in conversion.

I think a big part of the problem is that many have come to the conclusion that repentance is within the act of praying a “sinner’s prayer” or a “prayer of repentance” which, in way too many cases, is a prayer of apology, and often not even a sincere apology. At this point, how does such a prayer become any different than a Catholic confessional? In one case, a person goes to tell their sins to a priest once a week, and in the other a person prays to “apologize” to God whenever they realize they “did something wrong”.

Repentance does not require a prayer, and true repentance has nothing to do with praying a prayer. Repentance is a complete change of mind, heart, and direction. This can be accomplished with or without any type of specific formulated prayer, whether it is called a “sinner’s prayer” a “prayer of repentance” or anything else.

Alan N Carla Smith [02/29/2016 2:10 PM]
Could it be said that..
sinner’s prayer~asking Jesus to be your Savior.
prayer of repentance~an actual prayer or a life of repentance, knowing that we aren’t perfect.

Truly, truly, I say to you

Truly, truly, I say to you, unless one is born of water and the Spirit, he cannot enter the kingdom of God. That which…