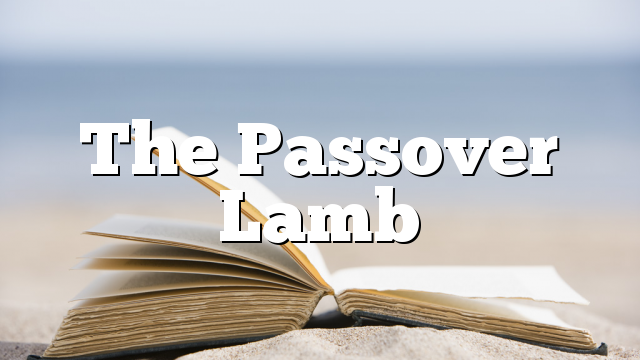 Easter is a time of joy not sorrow. I celebrate, not just the Death of Jesus, but His Resurrection! All of us must die, but only Jesus triumphed over death and rose again! While Salvation comes through His Death, the promise of eternal life is confirmed by the miracle of His Life after death!

This year Easter coincides with the Jewish Passover, and once again coincides with the date of my release from the communist prison, the day before Good Friday, my birthday! So Easter has always been a celebration for me, this year it commemorates 46 years since my release! I can hardly believe all that has happened since 1973.

At the beginning of this week, a small group of us met in London to discuss the way forward regarding Brexit and how we should be praying. It is clear that there is no majority in Parliament to leave the EU. No party has a majority who can agree on a formula. So however long we wait or delay the date of Brexit, it is unlikely to happen, except on diluted terms which will not fulfil the promise of the Referendum!

So, after several hours of prayerful discussion – realising that God does answer prayer, we came unanimously to a decision. We must specifically pray that God will now take this out of the hands of the politicians! It is said that delaying our departure date from the EU on March 29th, and even April 12th, was illegal. As I mentioned in my last email, a challenge has been raised in court by Mr Tilbrook and the English Democrats, which will now go to the Supreme Court and appears to have a reasonable expectation of success. If the Supreme Court agrees, then we have already left the EU! We in the meeting believed that we should now concentrate on praying over the Supreme Court – that literally Justice shall be done. We were reminded scripturally of the ‘unjust judge and the persistent widow’.

We also felt that, as Easter this year coincides with the Jewish Passover, that our thoughts should be not only with the Death and Resurrection of Jesus, but with the significance of the Passover, which was the command to put the blood of the sacrificial lamb on the doorposts – and the angel of death passed over! You may feel that in your home, in your circumstances, you need to ‘put’ the sacrificial blood for protection, for deliverance. Spiritually I need the covering this weekend, sometimes the angel of death, in different forms, is too close for comfort! One of our group who met on Monday will symbolically ‘cover’ the Supreme Court in London – this weekend! Yes, it’s symbolism, but somehow we need a covering over our nation, we need justice to be done at this critical time. Let us pray specifically that as a nation we shall be delivered from the hand of the ‘devourer’. But don’t do what I ask, do what you feel in your spirit God wants you to do.

As I write this I am sensing that the battle for freedom from Babylon for our nation is linked powerfully to what God is going to do in our next Day of Prayer in Wembley on 31st August: that God will set us free from dead religion and release new spiritual life into this whole nation – not just revival, but resurrection. I need this desperately in my own life, so that this Easter weekend I will spend time with the Lord seeking new life until ‘passing through the waters of Jordan’, I let the ‘Dove’ rest on me until I am filled with a ‘consuming fire’ – like Jesus!

Please pray also that the Lord Himself will release all the extra finance we need at this time. The Lord is calling me back into Siberia, Ukraine, Poland, Armenia, and particularly Israel. In addition, we are ‘bridge building’ between Britain and Germany! Obviously with Britain as well, this is stretching our finances into the realm of ‘humanly impossible’. But the things which are impossible with men are possible with God!

Not ‘happy’, but a spiritually enlightening Easter! Rejoice for Christ has come back from the dead!

WHAT IS A REAL MAN – by Dr. Charles B. Brown Part 1 – posted by Ray E Horton … I’ve discovered an important…