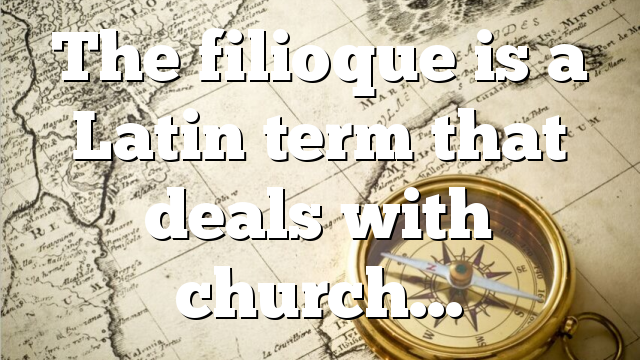 Romans 8:9 But ye are not in the flesh, but in the Spirit, if so be that the Spirit of God dwell in you. Now if any man have not the Spirit of Christ, he is none of his.

Roman Catholics saw it from a different perspective. The Father sent the Spirit in Jesus’ name. Here’s a little article on the topic.

If the Spirit of God is the Spirit of Christ, then how should we approach Dake’s idea that the Father, Son, and Holy Spirit have a body soul and spirit?

Isn’t that four spirits in that theory? each having his own spirit, in his theory, along with the Holy Spirit being the Spirit.

How does Dake’s theology square with either eastern or western theological beliefs about the Spirit of God?

Why I believe the Rapture is Pre-trib