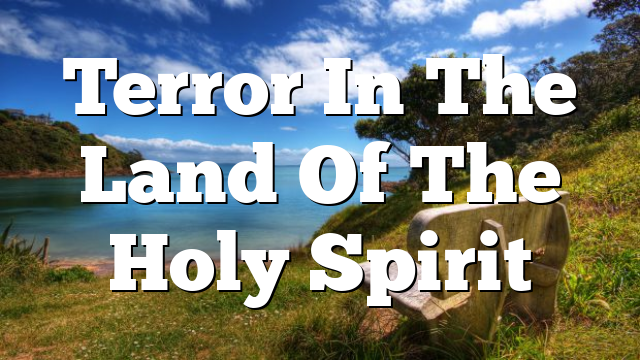 Author of the deﬁnitive history of Protestantism in Guatemala, Protestantism in Guatemala: Living in the New Jerusalem (University of Texas Press, 1998), Virginia Garrard-Burnett has now delivered a timely, insightful, and beautifully written account of General Efraín Ríos Montt, one of the country’s most paradoxical ﬁgures. Garrard-Burnett looks critically at General Montt’s leadership — his strategies, rhetoric, objects, and entanglements. Te story is ultimately tragic. Montt was Guatemala’s ﬁrst Pentecostal president, a privilege he won during a coup d’état. Montt then led an anti-communist military campaign to geno- cidal outcomes. Under his rule, the state murdered tens of thousands of men, women and children in what is now known today as la violencia, or “the Mayan holocaust.” Based on newly-available primary sources, which include guerrilla documents, evangelical pamphlets, speech transcripts, and declassiﬁed US government records, Garrard-Burnett delivers two stunning contributions. Te ﬁrst concerns a rather dense literature on Guatemala’s internal civil conﬂict. Terror in the Land of the Holy Spirit allows scholars of Guatemala to recalibrate Montt’s place in the history books. Te second, and probably most pertinent to Pneuma’s readership, addresses Pentecostalism. My review, in turn, assesses the latter so that the for- mer can be taken up in other reviews for another audience.

In regards to the question of Pentecostalism, three of Garrard-Burnett’s six chapters stand out. Te ﬁrst is “Chapter 3: Rios Montt and the New Guatemala.” She recounts how on the evening of March 23, still dressed in battle fatigues, Montt addressed an uneasy nation. He announced, “I am trusting my Lord and King that He shall guide me because only He gives and takes away authority” (54). It was an announcement that set the tone for his brief but unforgettable seat in oﬃce. Te brother of a Roman Catholic priest, and a rather new Pentecostal convert, Montt thrived as a military oﬃcer, rising through the ranks and receiving military training from the infamous School of the Americas in the United States. Te California-based Church of the Word (Iglesia Cristiana Verbo) guided Montt’s faith while at the same time providing him with an explicitly Christian vocabulary to imag- ine what he understood as the New Guatemala. Tis was a nation built on morality: No robo. No miento. No abuso. Tis was his platform: I do not steal. I do not lie. I do not abuse. Garrard-Burnett is at her best, in fact, when shuttling between these moral messages and the then escalating civil war. By deftly detailing transcripts of Montt’s televised addresses to the nation (what many called his “Sunday sermons”), Garrard-Burnett is able to compli- cate the otherwise unhelpful image of Montt as a failed Pentecostal. Garrard-Burnett shows instead how Montt participated in a symbolic universe that blended a kind of Pentecostal liberalism with Cold War interests. Pentecostalism allowed Montt to manufacture consent.

“Chapter 5: Los Que Matan en el Nombre de Dios” asks whether Montt framed Guate- mala’s internal armed conﬂict as a holy war. Garrard-Burnett, by sifting through a variety of religious actors, provides a qualiﬁed answer: yes. She backs away from the simple idea that a radical Catholic Church met a militarized Pentecostal community. Garrard-Burnett’s close reading of the 1983 Papal visit demonstrates the kinds of divisions that fractured the

Catholic Church into recognizable camps. More interestingly, Garrard-Burnett shows how Pentecostalism allowed Montt to frame the war (in fact, the entire Cold War) as a struggle over hearts and minds. She supports this argument by recognizing the moral discourses at work. Sin, justice, redemption, and judgment — these were the terms employed over the course of Montt’s 17-month rule. Garrard-Burnett, in one of her more interesting moves at generalizing her claims, argues that the emergence of this moral ideology ﬁlled a gap left by modern liberalism. For a century, the Guatemalan state failed to deliver on its liberal prom- ises: security and solvency, for example. In response, Montt pushed liberalism through a Pentecostal register to gain popular support in a long troubled nation. As foreign as it is familiar, Montt’s (mis)use of Pentecostalism strikes a familiar chord for those concerned about the (mis)uses of Pentecostalism today.

“Chapter 6: Blind Eyes and Willful Ignorance” brings a critical eye to the foreign evan- gelical community. As Garrard-Burnett notes, “Te Religious Right immediately embraced [Montt] as a ‘Christian soldier’ who would vanquish communism” (161). Te likes of Jerry Falwell and Pat Robertson spoke eloquently on Montt’s behalf. His was not a scorched- earth campaign, Montt explained to President Ronald Reagan, but a scorched communist campaign. Reagan seemed amused by the comment, reports suggest. In one of her most critical chapters, Garrard-Burnett shows how and to what extent the international com- munity, especially the foreign evangelical community, turned a blind eye to the atrocities that took place under Montt’s leadership. To Garrard-Burnett’s credit, she never devolves into a laundry list of these oﬀenses, suggesting that revisiting the nature of the genocide itself can quickly become pornographic. But she does provide the unfamiliar reader with some important texture. What took place under Montt’s watch? Garrard-Burnett notes, “a young woman’s realization that the warm sensation down her back is the life’s blood of her infant, shot dead in her blanket; a seven-year-old girl, watching her parents die as she her- self is raped by soldiers; the screams of an entire congregation as they are burned alive in their church” (9). For those who have poured over the country’s two truth commission reports, for those who have listened to the stories of survivors and perpetrators alike in the postwar era, it is important to keep in mind, as Garrard-Burnett writes, that “a distracted media helped to create a fog of banality and indiﬀerence” (166). For generations to come, it will be the moral imperative of us all to understand how and to what extent the interna- tional Christian community participated in this “fog of banality and indiﬀerence.” It is an imperative that Garrard-Burnett shoulders. Appropriately ambivalent, inspiringly even- handed, provocatively nuanced, Terror in the Land of the Holy Spirit is the deﬁnitive work on General Efraín Ríos Montt as a Christian soldier.

Department for the Study of Religion, Centre for Diaspora and Transnational Studies University of Toronto, Toronto, Canada

SALVATION delivers the CHURCH the Tribulation via Rapture

2 Thessalonians 2:9-12 The salvation here is deliverance from the Tribulation by means of the Rapture, as seen elsewhere in 1 and 2 Thessalonians….