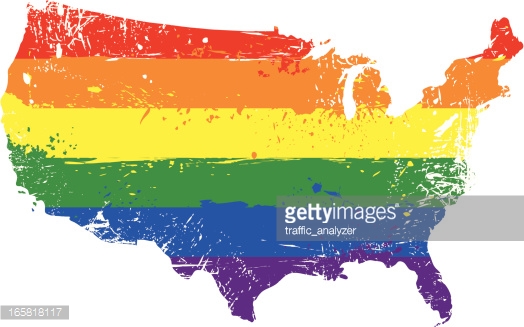 The Supreme Court ruled Friday that same-sex couples have a right to marry nationwide, in a historic decision that invalidates gay marriage bans in more than a dozen states. The landmark ruling will produce the most significant change in laws governing matrimony since the court struck down state bans on inter-racial marriage almost 50 years ago. The majority opinion in the 5-4 decision was written by Justice Anthony Kennedy. Read the Supreme decision here: http://www.supremecourt.gov/opinions/14pdf/14-556_3204.pdf

The National Association of Evangelicals has issued a statement here.

Christianity Today, “ Six Things To Do after the Supreme Court Decision on Gay Marriage.”

Top 10 quotes from the dissending Justices on the same-sex marriage decision.

Breaking: In a stunning ruling, Supreme Court makes same-sex marriage the law of the land. What now for Christians? http://stz.cc/1GBQV2e

My view out my office window after the #marriageequality ruling. Thanks a lot #SCOTUS.By the way, this IS sarcasm — even Ice Cube would say this is a very good day.

BeyondtheVeil WorldOutreach [07/02/2015 3:14 PM]
Satan has no victory he is defeated…God is in control and all glory and honor go to him?

Watch the latest Manna-Fest episode with Perry Stone. #perrystone #mannafest #prophecy Perry Stone or anyone from our ministry will never comment on YouTube asking…