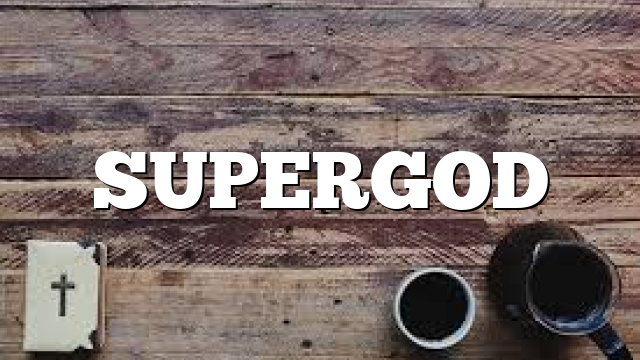 And you can live like the
Super stars – promoting a different, unreachable lifestyle

The game will last a SUPER long time

Because of the SUPER many SUPER commercials trough it

The MVP of the game will become a super valuable player, who will receive a SUPER nice car after which will sign a SUPER big contract and will make several super expensive commercials, a fashion line and may be even couple of movies

You can call them an urban legend or
Modern MYTHOLOGY

You have Spider man who runs from building to building

The fantastic four who have their special powers

The SUPER rangers who fight like ninjas with supernatural powers

The CSI guy who has all the clues

strong to save the world but gentle to love and care,

a man of many talents who talk on the phone, eat, listen to the radio, watch a DVD and read the map,

while driving with 80 miles an hour without getting a ticket, making the right turns and don’t fall asleep all at the same time

and The Super MOM who can raise children, cook, wash, iron, clean the house, wait at the table, shop but not spend too much, listens but does not talk too much

The Super NANY who does miracles with outrages kids that

He SUPREME Over the universe for He has created it all

Super heroes and SUPER god has few things in common

1. Fights for a good cause – always at war with the evil

He came to destroy the works of the devil

3. Always has costume or mask – a hidden identity, the costume of SUPERman, Spiderman, the mask of ZORRO

4. Saves and delivers from evil

The SUPER heroes have their limitations

1. Superheroes have weaknesses – GOD has none

2. Work only in once city city/location only –
They have their jurisdiction
GOD is over the whole creation

3. They Know only some of the things – GOD knows ALL things

4. Superheroes are only temporary God is forever

5. Superheroes can do only so much
GOD can do it all

Tonight the superheroes of this world will fight over a trophy

But GOD has already won the battle over your eternal soul

FacebookTwitterSubscribe
Subscribe to receive all news to your email or phone: [wysija_form id="1"]
supergodtheology