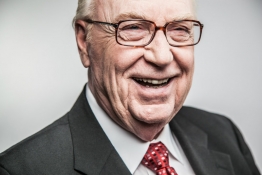 Today is a sad day for America.

In Obergefell v. Hodges, a 5-4 majority of the Supreme Court ruled:

As a Christian minister and general superintendent of the Assemblies of God, I am deeply concerned with the Court’s redefinition of marriage and the negative effects that it may have on religious freedom.

As Christians, Assemblies of God adherents affirm that the Bible determines what we believe and how we behave. Our Statement of Fundamental Truths puts it this way: “The Bible is our all-sufficient rule for faith and practice.” And: “The Scriptures, both the Old and New Testaments, are verbally inspired of God and are the revelation of God to man, the infallible, authoritative rule of faith and conduct” (emphasis added).

Our Scripture-based definition of marriage and understanding of sexual morality shapes what our Constitution and Bylaws require as behavioral standards for credentialed ministers, finds reflection in the Assemblies of God position paper on homosexuality, and provides the rationale for the conduct codes of our denominational offices, affiliate organizations, and colleges and universities.

I am grateful that in its decision the Supreme Court acknowledged that our opposition to same-sex marriage and behavior arises from “good faith” rather than animus. I am deeply concerned, however, about how the Court will rule when government laws and regulations that reflect its redefinition of marriage conflict with our biblical behavioral standards.

The answer to these questions based on the First Amendment should be a straightforward, “No!” But in oral arguments about Obergefell before the Supreme Court, Solicitor General Donald B. Verrilli himself admitted, when asked a question such as these:

HOW TO REST IN GOD

We rest yoked with Jesus, He carries the weight! “Come unto Me” is Jesus’ invitation to all, especially those “who are weary and heavy-laden.”…