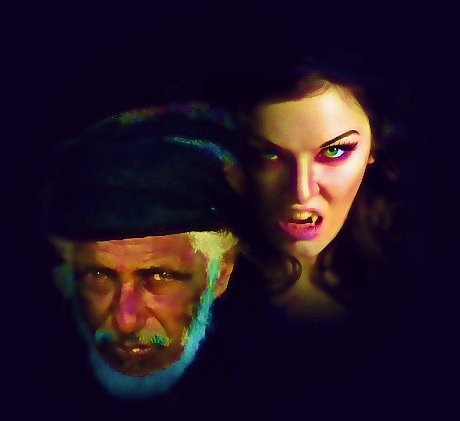 Lust of the Flesh

And Ahab the son of Omri did evil in the sight of the Lord above all that were before him. And it came to pass, as if it had been a light thing for him to walk in the sins of Jeroboam the son of Nebat, that he took to wife Jezebel the daughter of Ethbaal king of the Sidonians, and went and served baal, and worshiped him. I Kings 16:30-31

Ahab, son of Omri, the seventh king of Israel, reigned for twenty-two years, from 876 to 854, was one of the strongest and at the same time one of the weakest kings of Israel.

The life of Ahab shows us principles to avoid. His life is a prime example of what a man should not be. Ahab considered the things of God as being trivial.

Working together the spirits of Ahab and Jezebel will quietly form a codependent relationship. Both will need to feed off each other in order to accomplish each one’s goals. A pastor who is influenced by an Ahab spirit will need someone influenced by a Jezebel spirit to maintain position and enlarge or entrench a power base.

King Ahab renewed relations with the Phoenicians and cemented them by his marriage to Jezebel, daughter of Ethbaal, king of Tyre. This was in spite of admonitions of Yahweh that the Israelites should not intermarry with idol worshipers.

And when the Lord thy God shall deliver them before thee; thou shalt smite them, and utterly destroy them; thou shalt make no covenant with them, nor show mercy unto them. Neither shalt thou make marriages with them; thy daughter thou shalt not give unto his son, nor his daughter shalt thou take unto thy son. For they will turn away thy son from following me, that they may serve other gods: so will the anger of the Lord be kindled against you, and destroy thee suddenly. Deuteronomy 7:2-4

King Ahab should have married an Israelite but instead held marriage in low esteem and married a Sidonian daughter of a king which included political considerations. He married for position. Ahab’s marriage to Jezebel proved to be a major factor in the eventual fall of the Omride dynasty.

King Ahab left the things of God to his wife Jezebel, and as a result, she led him into her pagan religion, instead of him leading her to follow the true and living God. He followed after Baal.

King Ahab then reestablished relations with Judah, sealing this alliance with the marriage of his daughter, Athaliah, to the crown prince of Judah, King Jehoshaphat’s son, Jehoram.

The Ahab spirit causes a man to be wishy-washy and unstable in all his ways. King Ahab was efficient and strong in manipulative and administrative powers. He was weak and vacillating in the face of his powerful wife, Jezebel. He gave his authority, as king, to his wife and even when she abused it, he remained passive, voiding confrontation, and let her have her own way.

The wife receives the Head position of the home because the Ahab husband doesn’t want it, it takes too much energy. Most people do not realize that if a home is out of order God will allow it to come under a curse. Too many fathers, through rebellion and lust, have not lived a godly example to their wife and children. The end result of this neglect opens the door for rebellious spirits to enter the wife and children. Too many men fail to provide spiritual leadership in their homes and then, too often, the spirit of Jezebel surfaces in the wife causing the wife to be forced into headship of the home which is totally demonic. This is a very serious part of the Ahab spirit at work.

Many children in a ‘Babylonian’ family (Ahab/Jezebel) take on the same characteristics as those of their parents, only sometimes worse.

Girls: Become man-haters, aggressive, disrespectful . . . tend to be interested in witchcraft as a means of gaining power and control over people . . . apt to be involved in sexual promiscuity, lesbianism, drugs.

Boys: Become soft, self-centered, lazy, a momma’s boy . . . learn early to use women to get what they want . . . feel rejected, and become cry-babies . . . apt to be involved in sexual promiscuity, homosexuality, drugs.

The main characteristics of the Ahab spirit is carelessness and irresponsibility, it simply can’t be bothered. It will cause the man to let his wife handle problems that he should be taking care of. This is an issue of transferring of responsibilities and in doing this the man becomes weaker and weaker and may even become an invalid. The Ahab spirit is a rejected, insecure individual, subject to withdrawal and low self-esteem. As long as he has his porn collection he is content. As long as he can have his pleasures and pursuits of the world, his wife can do anything she wants.

A man with an Ahab spirit may believe there is a God, but it’s just not worth the effort or time it takes to commit his life to the Lord. He will abdicate his Head position as priest of the family. The wife is the one that carts the kids to church every Sunday and attends meeting during the week. He doesn’t care. His lusts for the flesh and the world are too great to give up. He is too interested in gratifying his own lustful desires.

With the Ahab spirit present, reading the Bible is out of the question. He won’t pray with his family and refuses to say the blessing at the table. He hides in the bedroom when the church gang is at the house. He has a million excuses, from blaming the hypocrites in the church to his need for rest. He may even encourage his wife to go to church. It gets her out of his hair and gives him more time for his own delights.

If persuaded to show up in church, he does it begrudgingly. He hangs back, or, if forced to engage in church affairs, he runs from leadership. With minimal effort, he will hardly be enthusiastic about church projects. Emptying the garbage can is about the only responsibility he wants.

The man with an Ahab spirit is not necessarily physically weak, he can be strong and athletic, even into ‘body building’. He loves the human body. An Ahab spirit loves nudity and is an easy victim to pornography. After all, King Ahab was a warrior. He loved battle; it was a game to him. He loves sports and is very competitive. If he cannot participate, he loves to watch on TV or go to games.

Here are a few examples of how the Spirit of Ahab works:

Considers the things of God as being trivial . . . Has a lightness toward sin . . . Dislikes using his God – given authority to decision making . . . Enjoys childish things, sulking, temper tantrums . . . May call his wife ‘mom’, ‘mama’ . . . May want to be like a ‘little boy’ . . . May be attracted to a Jezebel type wife, giving him excuses to commit adultery, get drunk, act irresponsibly and rationalize situations . . . Views parenting as playing with the children, but avoiding the unpleasant duties of correcting . . . Puts ‘being out with the boys’ above his family duties . . . Doubts his own abilities . . . Holds marriage in low esteem . . . Unable to cope with his wife’s problems, tunes her out . . . Attempts to please his Jezebel wife be letting her have her way . . . May have a ‘competitive’ spirit . . . Goals are wealth at any cost, success, status, greed . . . Is a workaholic . . . Definitely does not want to lead but to criticize those who do, Passive . . . Feels inadequate to support his family, gets frustrated, leaves the house . . . Lust, love of body, nudity, pornography, sexual-perversion, adultery, homosexuality, masturbation . . . Lazy, carelessness, irresponsible, manipulative . . . Insecure, rejection, self-centeredness, self-pity . . . Unstable, wishy-washy, avoids confrontation

The Ahab spirit, rooted in the Destruction of the Family Priesthood, causes a man to forsake his responsibilities as the Head of the household. He will not only refuse to take the spiritual headship, but will not take responsibility for working to make the living for the wife and children. A man is to provide both spiritual and material security for his family. If he cannot or will not, he is in trouble with God. As the spiritual umbrella of protection for his wife and children, he is charged with the demanding role of prophet and priest for them.

What can you do, as a man, to counter this Ahab spirit in you? First of all admit you are a Ahab and that it begins with the Head, the man, it begins with you. Don’t sit back, nothing will change until you move out and take action.

Throw yourself on the mercy of God and say, Jesus, I need you! Deliver me from the curses on me and my family brought about by me allowing the Spirit of Ahab to control me. Deliver me , that I may be a man again, the man you planned for me to be since before the beginning.

After calling upon Jesus, renounce the Spirit of Ahab, break all the curses by your own words. Seek help from a Deliverance Ministry.

Speak the name of Jesus. Began praying in front of your wife and family. Do not be fearful under any circumstances. Began to take full responsibility and fulfill your duties as Head of the home.