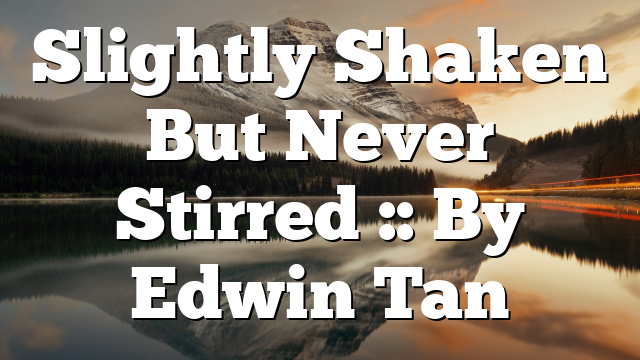 This summer brings little joy. For a start, there is that sore loser mentality that stubbornly refuses to abate. Despite the highest court in the land overturning Roe vs Wade in a landmark decision, the pro-abortion camp simply does not get it! The ranting and raving against the above legal move continue to fan the flames which are dividing a country. Right on the heels of this malaise comes another shocker that is indeed anathema to everyone who cherishes freedom and liberty. It is no longer gossip when there is mention of nearly ninety thousand armed-to-the-teeth government agents whose primary task is to wreak hell on earth for the average law-abiding individual!

At this juncture, multitudes would be driven into a frenzy, with anxiety and anger dominating the thought process. Includes quite a chunk in the Body of believers? No questions asked! About everybody is shaken by this negative tide. The real question is, to what degree?

Humanity is undoubtedly an eyewitness to swathes of unprecedented happenings, many of which belong to the unpleasant category. Few would react with indifference, especially when something incredible pops up like a bolt from the deep blue. It is a tough call for anyone to come to terms with many thrusts coming from different angles. The human brain struggles when it comes to processing these negatives, which, in turn, stir up emotions. Anxiety laced with anger is the final outcome. It can have a grip over many minds, thereby producing short fuses, jangled nerves, and sleeplessness.

As for those brothers and sisters in Christ that are of a much weaker hybrid, it certainly impairs their walk with the Lord. There is definitely a lot of good that can come out of all that evil, but the enemy does not want even a sniff at the positive. Remember that he is the author of confusion, and herein is his dirty work. It is so heartbreaking to see many from the Body of Christ fall for this vile ruse!

That sense of foreboding that generates much ill will is the adversary’s latest weapon in these final moments we all live in. The fact remains, has it gotten to a boiling point where everyone becomes toast? Not quite at this stage! This is where emotions come into play; the mind could conjure up scenarios that would not happen, and if they did, it all adds up to be a self-fulfilling prophecy – opposite to that which is the basis of our common salvation. The Living Word is our one and only hope.

At this point in time, there is a piece of Scripture that many should hang on to. “No weapon formed against you shall prosper, And every tongue which rises against you in judgment You shall condemn. This is the heritage of the servants of the LORD, and their righteousness is from Me,’ Says the LORD” (Isaiah 54:17).

None of us needs to cower in fear when the evil one goes on the warpath with the meanest weaponry in his wicked arsenal. They cannot achieve anything worth mentioning because of the power of condemnation against them from the Lord. He who is infinite in power and resources can nullify whatever diabolical design; it could crumble before implementation and end up going back to the drawing board! Remember our role as salt and light of the earth. He will never leave us to battle on our own. The fight is His!

The nagging questions centered around what ifs should never possess the ability to harangue the true Believer in Christ. This is the case so long as we rest on nothing but the Word of God and, more often than not, engage in unceasing prayer. Belief in the omnipotence and omnipresence of the Living God is the key to getting the good out of this ever-menacing wickedness. All too often, the narrative from the adversary’s minions can be more than terrifying. But take heart; there is Holy Writ that is truly the Sword of the Spirit. Find rest and comfort in the Word of God, and that frightening drumbeat will no longer resonate in your mind. You will, in turn, be showered with the peace that surpasses all human understanding. Once you fully turn to the Lord, He will never forsake and leave you to the savages.

“And the Lord will deliver me from every evil work and preserve me for His heavenly kingdom. To Him be glory forever and ever. Amen!” (2 Timothy 4:18).

When we see and hear things that are exceedingly despicable, there is that tendency for blood to boil. It inevitably affects our temperament, but when things go overboard, there is a risk of going off the rails in our walk with the Lord. Righteous anger might be acceptable, but it should never reach a point where we become dysfunctional elements of the Body we belong to. Do not let your focus on the truth be swayed by a rage that is planted by the enemy. When carried too far, it can cause dissent and quarrels within the Body of Christ. For anything that irks you, take it to the Heavenly Father in prayer. Vengeance is His, and He will never let whatever iniquity go unpunished.

“And shall God not avenge His own elect who cry out day and night to Him, though He bears long with them? I tell you that He will avenge them speedily. Nevertheless, when the Son of Man comes, will He really find faith on the earth?” (Luke 18:7-8).

We should all adopt a contrarian view that is out of this fallen planet. Yes! We are all cognizant of the times we live in, but do not let these earthly matters drag us down. We have a Blessed Hope, and it is a joyful eternity we should be looking at.

“Now when these things begin to happen, look up and lift up your heads, because your redemption draws near” (Luke 21:28).

Taking The Devil To Dinner