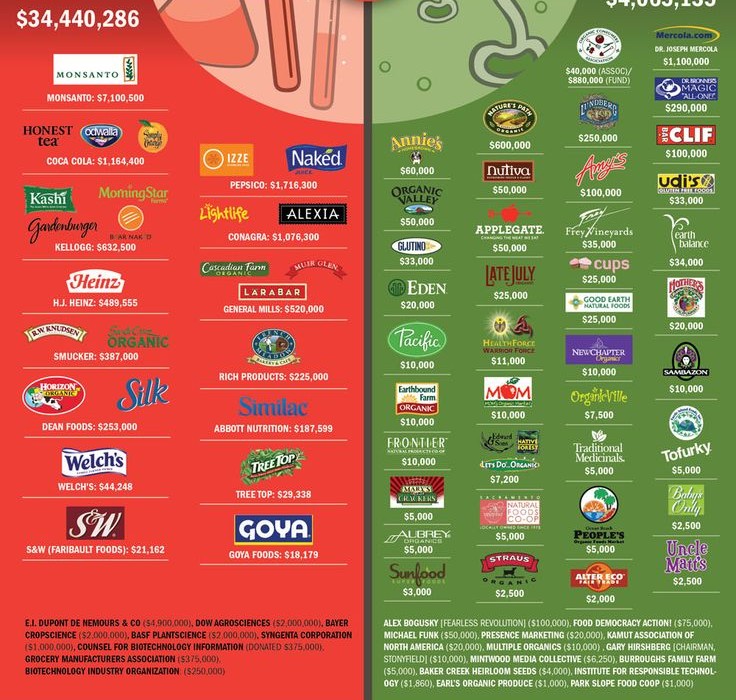 Tom Steele [11/25/2015 5:24 PM]
Leviticus 19:19 makes reference to not cross-breeding plants or animals. GMOs are nothing more than cross-breeding to the extreme. This is an ungodly practice no different than the attempts to create human clones. It is being shown that GMO products may pose potential health risks as well. The Greek word for “clean” as used in the New Testament, including with reference to what is OK to eat, is the word “katharos”. It means “without admixture”. This reference indicates that we should not be eating anything that contains “admixture” which would be things that are harmful to our body. Building on this we should not be eating anything that is toxic to our bodies. This includes the toxic flesh of unclean animals from pigs to shellfish to the poison arrow frogs I mentioned in the other post. These animals feed on things that make their meat harmful to our bodies, God has never wanted us to poison our bodies, so He gives us clear warnings in His Word of what to abstain from. Unclean, the opposite of katharos, would also include all of these chemical filled processed “foods” out there today. There are things I often call RED FLAGS when listed in the ingredients of food products. Such things include all artificial sweeteners (aspartame, sucralose, saccharin, acesulfame-k, neotame, etc.), all artificial flavors, all chemical preservatives like potassium sorbate and sodium benzoate (my body does not need preservatives, even when I die really, ashes to ashes, dust to dust, we’re meant to decay when we die, more on that another time perhaps), food dyes (many of these food coloring agents are so toxic they require Material Safety Data Sheets, which give instructions on the proper handling of highly toxic chemicals), and other such things like that. Whole Foods Market, a leading grocer in the health food industry, has a lengthy list on things that are not allowed in any foods they carry, it’s a good idea to read it, everything on the list would be considered “admixture” aka stuff that doesn’t belong in your food or in your body. This is all connected and intertwined. One just needs to read through the articles I have written and shared to gain wisdom in this area. I have even shown with solid supporting research that there is a connection with the desire for unclean animals and the imbalance of ecosystems. Unclean animals seem to fall into two categories: scavengers and top predators. Scavengers should be avoided for obvious reasons, they eat a highly toxic diet and by eating them you will be eating a highly toxic diet. Top predators, like sharks, lions, bears, eagles, etc. are animal species that generally have low overall populations. It can be shown that when desired as food their populations dwindle to unsustainable levels. They are in place, by God Himself at creation, to keep populations of other animals under control. One example I shared in one of my articles shows that sharks were being harvested for food, and as a result there were no sharks in the area to eat the fish that fed on certain scavenger species of shellfish. As a result, the fish overpopulated and wiped out the shellfish in the area. Since shellfish keep the water clean by eating all the toxic waste, the waters become polluted. Incidentally, clean fish (those with both fins and scales) have a natural system of filtering out toxins through their scales. This is the opposite of scavenger species like shellfish, catfish and eels that retain the toxins they eat. Unfortunately, as I found out setting up my home aquarium some time back, scale fish cannot keep up with polluted water. Just like I had a couple fish die in my aquarium when I was getting the balances right, once the fish have wiped out the shellfish populations and had not predator like the sharks to control them, they would ultimately die in mass numbers, so you would have polluted waters with a bunch of decaying fish in them. How does that fit into the picture of God’s will for the Earth? It doesn’t, it is the exact opposite of His plan for creation and His very first instruction to humanity, to take care of the Earth that He gave to us. Look at Genesis 1:26 from The Message Bible, “God spoke: “Let us make human beings in our image, make them reflecting our nature so they can be responsible for the fish in the sea, the birds in the air, the cattle, and, yes, Earth itself, and every animal that moves on the face of Earth.” ” He charged us with RESPONSIBILITY. I know that is a foreign word for most people today, and especially a lot of Christians, but it is the very first thing He told us to do. Our role in creation is to be RESPONSIBLE for everything He created. From the fish in the sea to the birds in the air to the beasts of the land to the plants in the field and to our own bodies, if God created it, we are responsible for the proper care of it. Denying dietary instructions, agricultural instructions, hygiene instructions, and any instruction in God’s Word related to the proper care of the Earth is a denial of our purpose in creation. Yes, He created us to fellowship with us as well, I am not discounting that by any means, but it is written plainly in His Word, the very first thing He told us to do was to take care of His creation. If we are not following His instructions to the care of creation and if we are not standing in opposition to everything destructive to creation then we are really not fulfilling our role that were were created to fulfill in this world. Now then, have I got ANYONE’S attention yet?

John Kissinger [11/26/2015 8:57 AM]
Tom Steele I think you have convinced everyone to go from ham to turkey today 🙂 But is turkey NOT anabolically (diabolically) enhanced as well?

John Kissinger [11/27/2015 6:47 AM]
Tom Steele what if ORIGINAL SIN was eating from a GMO modified tree that could change DNA and brain activity – the snake asked what if you eat and it makes you like God and and Eve saw it was desirable for gaining wisdom – a GMO modified fruit that makes you KNOW and GAIN WISDOM Rick Wadholm Jr