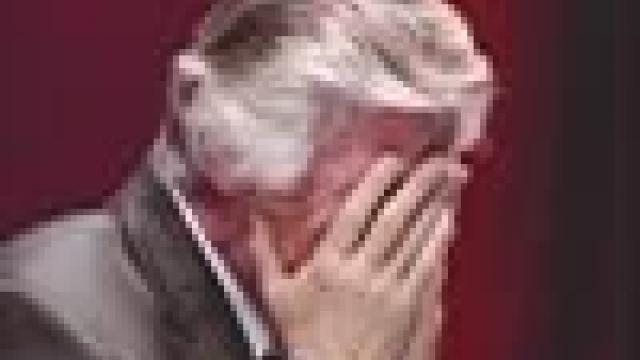 Russia is Closing Down! Do You Remember This Prophecy?

After the fall of communism in 1990 this type of prophecy didn’t seem too likely to ever happen. There were no signals of any kind that Christians would soon face severe restrictions. Many thought and said that there is no way they would return to the old Soviet style of rule. But it has happened. This prophetic word is coming to pass before our eyes.

Russia Closing the Door on Missions?

What is happening in Russia? This question deeply worries both Russia’s Churches and mission organizations alike. Recent events suggest an organized campaign to halt all evangelistic activity in Russia. Contrary to the hopes of millions of Russian Christians and the international community Russia is reverting back to tactics once practiced by the Soviet Union. In August 2001 David Wilkerson warned that Churches in Russia would face hard times and that restrictions were on the way. This prophecy is becoming reality.

Following the collapse of the Soviet Union churches in Russia were allowed to hold outdoor meetings, use stadiums, movie theatres and other public buildings for their evangelistic purposes. Schools, hospitals and prisons were open. It was possible to hold religious services for those in the military. Christian publishers sprouted up across Russia. State TV and radio were open to quality Christian programming.

After 70 years of oppression Russia breathed freely. The suffering was over for Christians in Russia. It was hoped that difficult times were history.

Today public opinion is being carefully manipulated against the non-Orthodox community. Churches have been have been denied access to major state television and radio media. A massive slander campaign has been mounted in the mainstream press against protestant Christians. Believers are not allowed to comment or refute these accusations.

Churches are being been denied access to public buildings and government facilities for worship. Protestants are being denied participation in social life, including administration of humanitarian aid. Churches can no longer minister in schools, hospitals or the military. Leasing of stadiums for large public events is impossible. We can still act and we must move as fast as possible. Call or write Great Commission Media Ministries for your free monthly Russia & Asia Report to learn more. Here is the original quote:

“Those who have lived under terrible religious persecution will enjoy a limited period of freedom. God’s Holy Spirit will split the Iron and Bamboo Curtains and will seek out and find hungry hearts in Russia, China, and Eastern Europe.God is bring to pass a temporary truce between the East and the West for the express purpose of getting the gospel into these Communist countries. After a short period of freedom and spiritual awakening among many, the doors will suddenly close, and the persecution madness will begin with intensity and engulf all those nations.”

Notice that he does not say that the USSR will collapse but that the curtain will be opened so that the gospel will go to the people living under thier control.

Notice that the term ‘Russia’ refers to the USSR (which is exactly what westerners called it in 1974 – a communist country) and that the period which is in view is when the curtain opended up – 1989 – not today (a non-communist country).

Notice also that he said the curtain would close after a short period. Well that has not happened and it has been 22 years – and still counting.

Lastly, notice that his phrase ‘all those nations’ refer to the same nations in view in 1974 not newly created ones.

It seems clear from this quote that he felt the USSR was going to have a brief moment when the curtain was opened so that the gospel would be able to get in and then in a short time frame close back up and start the persecution all over again. No collasped country and no prediction of a future state called Russia that will then attack the USA later on after an econ collapse. Also, notice no E. European renewed persecution as stated.

With this in view I said that it is impossible for Russia (USSR) to attack the USA because it does not exist anymore. I bet anytime Wilky used the term ‘Russia’ he was refering to the USSR.

Furthermore, the above points I made clearly show that he was off the mark and that you are just fudging. Unless, you have additional and clearer contexts – I am going off of what you gave me. Your twisting it does me no favors in understanding his view because you are obviously bias toward showing this man’s ‘prophecy’ as relevent to today. This is based on what quotes I have in front of me – not your interpretations of them.

YOUR GOD WILL BE MY GOD!

“…Ruth replied, “Don’t urge me to leave you or to turn back from you. Where you go I will go, and where you stay…