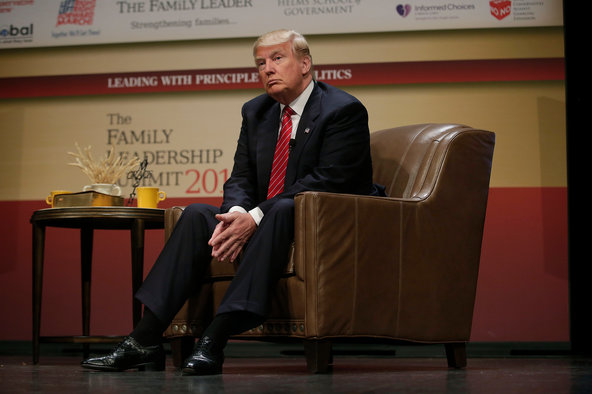 The 2016 presidential election is now over, and, in what very few could ever have imagined, Donald Trump is elected President of the United States. No matter what our differences politically or religiously, surely we can all agree that this campaign has been demoralizing and even traumatizing for most of the country. So what should evangelical Christians do now?

The first thing, of course, is to pray for our soon-to-be President Trump. The Bible commands us to pray for “all who are in high positions” (1 Tim. 2:1-2). Moreover, the Scripture tells us to give “honor to whom honor is due” (Rom. 13:7). Many of us have deep differences with our new president, and would have no matter which candidate had been elected, but we must pray that he will succeed in leading our country with wisdom and justice.

The sort of conservatism that many of us had hoped for—a multiethnic, constitutionally-anchored, forward-looking conservatism—has been replaced in the Republican Party by something else. On the one hand, there’s a European-style ethno-nationalist populism, opposed by an increasingly leftward progressive movement within the Democratic Party. In both of these movements, moral concerns—certainly personal character and family stability questions—are marginalized. We now have a politics of sexual revolution across the board. This means that conservative evangelicals are politically homeless—whether they know it or not.

That is not the worst situation we could be in. Political power—or the illusion of it—has not always been good for us. Such influence has led us to conform our minds to that of the world about what matters, and who matters, in the long-run of history. We should, as missionary Jim Elliot put it a generation ago, own our “strangerhood.”

What can we do now? We can, first of all, maintain a prophetic clarity that is willing to call to repentance everything that is

Moreover, no matter what the racial and ethnic divisions in America, we can be churches that demonstrate and embody the reconciliation of the kingdom of God. After all, we are not just part of a coalition but part of a Body—a Body that is white and black and Latino and Asian, male and female, rich and poor. We are part of a Body joined to a Head who is an Aramaic-speaking Middle-easterner. What affects black and Hispanic and Asian Christians ought to affect white Christians. And the sorts of poverty and social unraveling among the white working class ought to affect black and Hispanic and Asian Christians. We belong to each other because we belong to Christ.

The most important lesson we should learn is that the church must stand against the way politics has become a religion, and religion has become politics. We can hear this idolatrous pull even in the apocalyptic language used by many in this election—as we have seen in every election in recent years—that this election is our “last chance.” And we can hear it in those who assume that the sort of global upending we see happening in the world—in Europe, in the Middle East, and now in the United States—mean a cataclysm before which we should panic.

Such talk is not worthy of a church that is already triumphant in heaven, and is marching on earth toward the ultimate victory of Jesus Christ. Will we face difficult days ahead? Yes. The religious liberty concerns will continue. The cultural decline we have warned against is now part of every ideological coalition in the country. But the question we must ask is who “we” are.

We are not, first, Republicans or Democrats, conservatives or progressives. We are not even, first of all, the United States of America. We are the church of the resurrected and triumphant Lord Jesus Christ. We have survived everything from the rage of Nero to that of Middle Eastern terrorist cells. We have, in fact, often done best when we are, what one historian calls, the “patient ferment” of a church alive with the gospel.

The church must be, as Martin Luther King Jr. taught us—the conscience of the state. But we do that from a place of gospel power, not a place of cowering fear. That means that we—all of us—should see this election as important for our country, but not ultimate for our cosmos.

We should be ready to pray and preach, to promote the common good and to resist injustice. We will pledge allegiance to the flag, but we will pledge a higher allegiance to the cross. We can pray and honor our leaders, work with them when we can, while preparing to oppose them when needed. We do not need the influence that comes from being a political bloc. We have more than influence; we have power—the power that comes through the weakness of the crucified.

Our rallying cry is not “Hail to the Chief” but “Jesus is Lord.” Perhaps this electoral shakeup means that President Trump will lead America to be great again. I hope so. But regardless, whatever happens to America, we must seek the Kingdom first again.

This Bible was divided into two classes

This Bible was divided into two classes, http://andnowyouknowmore.blogspot.com 1. Porto-canonical: (With out question from the beginning). 2. Deutero-canonical: (gradually won their acceptance). James, II…