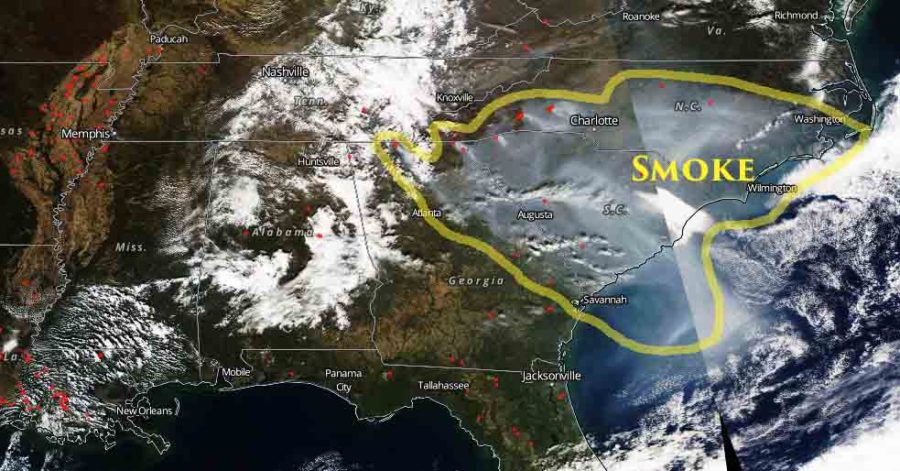 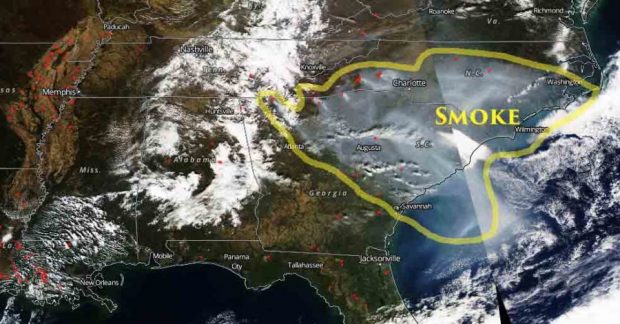 We checked several resources for predictions of where smoke from the wildfires in Tennessee, North Carolina, South Carolina, and Georgia will be distributed on Tuesday. It looks like much of Georgia and South Carolina will be heavily affected, with concentrations in some areas of South Carolina reaching the “Very Unhealthy” level according to the animated map below.

Some areas in the midwest appear to be affected by smoke that blew in from fires in Canada.

Arkansas, Louisiana, and eastern Texas are also heavily contributing to the smoky skies.

Check AirNow.gov for current air quality information. Click on their map to zoom in for a closer look. 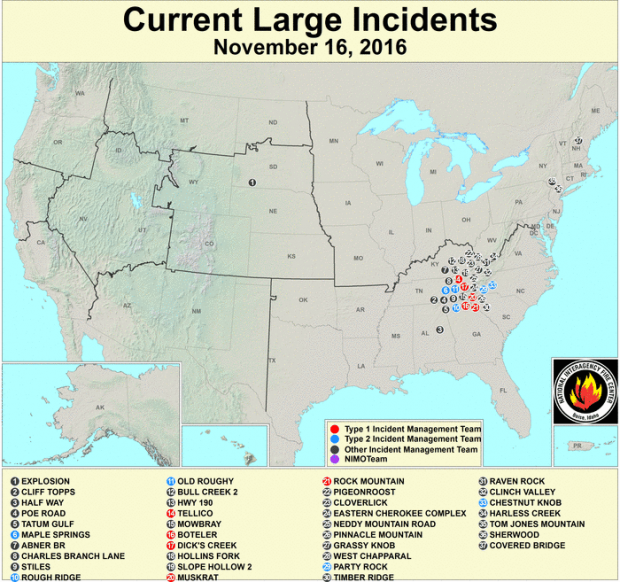 MORE on the TOPIC: