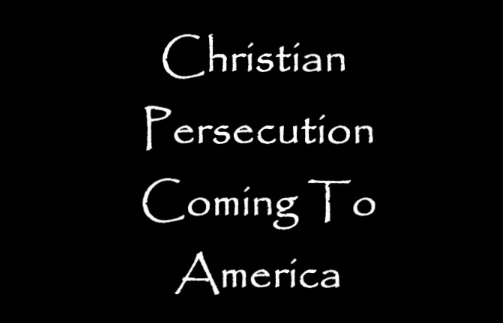 One of the nation’s most prominent evangelical leaders issued a dire warning for the nation in the aftermath of the Supreme Court’s ruling on homosexual marriage.

“I believe God could bring judgment upon America,” said Franklin Graham in an exclusive interview.

Graham told me that Christians should be prepared for persecution in the aftermath of the Supreme Court’s ruling on homosexual marriage.

“You better be ready and you better be prepared because it’s coming,” Graham said just moments after the court handed down its ruling. “There will be persecution of Christians for our stand.”

Graham, the president and CEO of the Billy Graham Evangelistic Association and Samaritan’s Purse, said he was disappointed in the 5-4 Supreme Court ruling.

“I’m disappointed because the government is recognizing sin,” he said. “This court is endorsing sin. That’s what homosexuality is – a sin against god.”

Graham said regardless of the ruling, he will refuse to marry any same-sex couple.

“I will never recognize it in my heart because God gave marriage between a man and a woman and that’s what marriage is,” he said. “And I don’t think the court – since it never defined marriage – doesn’t have the right to redefine it. God gave us marriage. Period. And God doesn’t change his mind.”

The Supreme Court’s decision means gay rights now trump religious liberty. And if you think the cultural purging of the Southern States has been breathtaking, wait until you see what LGBT activists are about to unleash on American Christians.

“If pastors are going to be forced to provide marriage services for gay couples, I’m not going to do it,” Graham declared.

But I believe that an overwhelming number of Christians will defy the law.

Governor Mike Huckabee posted this message on Facebook: “I will not acquiesce to an imperial court,” vowing to “resist and reject judicial tyranny.”

In closing, I am reminded of something the late Charles Colson wrote: “If we’re not willing to fight this, even to the point of breaking the law, or refusing to recognize the law, then we will lose everything.”

Given the choice of obeying God or the government, I believe Christians will obey God – even if there is hell to pay.

James Price [06/27/2015 5:03 PM]
“I’m disappointed because the government is recognizing sin” Franklin Graham. Actually the court is only recognizing the equality of civil rights. Franklin Graham has a long history of over reacting; the government has never been able to legislate morality. Throughout my life time Americans have broke the ten commandments with impunity. They swear, steal, commit adultery lust and covet what is another’s. There has never been a time in our history when there wasn’t a lot of sinning going on. Come July, I do not see any new sin that will bring down the wrath of God over and above what He may already be mad about. The question we should be asking is: is His grace bigger than all our sin?

James Price [06/27/2015 5:43 PM]
Whatever else the court decision does for us it ought to stimulate us to reexamine some of the assumptions that we have about the marriage act. In my 65 years of bible study and of teaching I have heard many assumptions about man and woman, most without any clear bible verses to back them up. I asked an adult bible class; who married Adam and Eve? Or in Genesis 4:17, ” And Cain knew his wife and she conceived.” Middle aged people sat with their eyes wide open, realizing that they had never pondered that question. It appeared that they mated without the benefit of a marriage ceremony We need to think through again the many plural marriages we find in the Old Testament and ask how the church has come to understand that in a different way as the centuries have gone by.

7 Things Christian Believers and Churches should do in light of current events | Pentecostal Theology [07/01/2015 6:43 AM]
[…] Stand along members, ministers, local congregations and Christian schools under attack for upholding… […]

8 Things Christian Believers and Churches Can Do in Light of Recent SCOTUS Ruling on LGBT : Cup & Cross Ministries [08/12/2015 7:01 PM]
[…] Stand along members, ministers, local congregations and Christian schools under attack for upholding… […]

Pravda: US fears Russian publication of satellite photos of the tragedy of 9/11 Moscow (Pravda): American experts believe that despite the fact that relations…