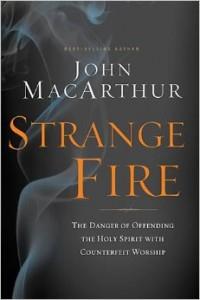 The central focus of this critique is simply to show that both Scripture and church history yield strong evidence that spiritual gifts are still extant in the church today.

Having read both Charismatic Chaos and Strange Fire, I want to cut to the chase in this Introduction and tell you where I think MacArthur is dead-on and where I think his conclusions are flawed and even outrageous.

The rest of this critique will provide evidence and examples supporting each point:

The charismatic world is an easy target for any critic because there are a lot of problems within the camp.
There is no doubt that a number of high-profile charismatic leaders are guilty of outlandish teachings, absurd practices, stunts, gimmicks, exaggerations, and even fraud. And so are some of their followers. MacArthur is right about this and he articulates the problem well.

However, MacArthur is not the only person who has made this observation. Many charismatic leaders have as well. MacArthur even quotes some of them in Strange Fire.

Just as those charismatic leaders were not able to reel in the excesses that exist within the movement, I do not think MacArthur’s attempts will do so either. In fact, MacArthur’s latest book is his third attempt on this score (The Charismatics, 1978; Charismatic Chaos, 1992; Strange Fire, 2013).

MacArthur is wrong in that he paints the entire charismatic world–which would include all charismatics and all charismatic churches–with the same broad brush. The fact is, I have met many charismatics who were not guilty of any of the problems that MacArthur benightedly lays at their feet.

For example, the late David Wilkerson was a tremendous help to me when I was in my 20s. He encouraged me to make Christ, not the Holy Spirit, preeminent in my life.

Wilkerson—a charismatic leader—wrote a classic article called A Christless Pentecost on this subject.

I would encourage anyone who buys MacArthur’s arguments to read The Cross and the Switchblade and ask yourself if it is possible that the supernatural gifts of the Spirit are still operative today.

In addition, I wonder if MacArthur would admit that Teen Challenge, founded by Wilkerson, has been a blessing to many lost young people.

Using MacArthur’s logic and approach, one could easily write a book about the toxicity of the Reformed movement by painting all Reformed Christians as elitist, sectarian, divisive, arrogant, exclusive, and in love with “doctrine” more than with Christ.

Biblaita.com and friends present a new printed edition of the Chronicon Jubilee Bible (1871) for the first time since her last revision almost a…