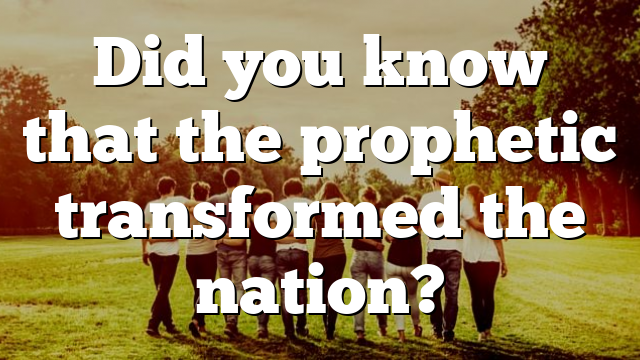 Did you know that the prophetic transformed the nation of Jamaica before even Azusa Street?

John Kissinger [12/06/2015 4:11 PM]
There’s a reason for the accent this group has on Wesleyan renewal theology and second work of grace, which Wesley formulated only after his meetings with Moravian missionaries.

John Kissinger [12/06/2015 4:14 PM]
1783: Wesley and the Moravians Reunite
On June 28, 1783, John Wesley visited the Moravian community of Zeist in the Netherlands. That day marked Wesley’s
80 birthday, and the Methodist leader celebrated this event in the company of the Moravians. The visit took place th
225 years ago this month — a good reason to examine the relationship between Wesley and the Moravians. http://www.moravianchurcharchives.org/thismonth/08%20june%20wesley.pdf

The Moravians and John Wesley: The worldwide influence of the 18th century Moravian missionaries was extraordinary. One notable example is the impact they had on John Wesley, leading directly to his conversion experience. Wesley’s Journal, covering the years 1736–1738, is replete with comments of his observations of and encounters with the Moravians (often calling them “the Germans”). A few selections of highlights give insight into the characters and spirit of the Moravian movement and its impression on the founder of the Methodists.

Today we conclude the series of Christmas Messages

Today we conclude the series of Christmas Messages, with my opinion on the theory that is being promoted among some Theological circles about where…