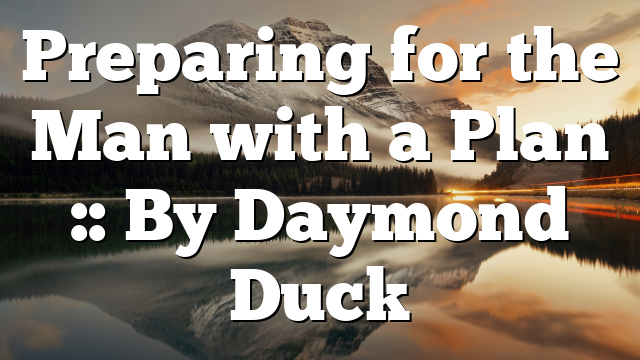 Russia recently announced a stoppage of the flow of gas to the EU through the Nord Stream 1 pipeline and that the flow will not be restarted until the EU cancels its economic sanctions on Russia.

Some EU citizens are starting to suffer, and they know their suffering is going to get much worse when winter arrives.

It is not surprising:

(More: On Sept. 8, 2022, it was reported that tens of thousands and perhaps hundreds of thousands of the sick and elderly will die; think population reduction.)

(More: On Sept. 8, 2022, it was reported that a failure of EU banks this winter will impact banks in the U.S. and the value of the dollar—major economic problems could be just months away.)

(More: On Sept. 8, 2022, it was reported that proposed legislation in Switzerland requires citizens in gas-heated buildings to keep their thermostat below 66.2 degrees F this winter. Intentional violators will be fined and could face up to three years in prison.)

(More: On Sept. 14, 2022, it was reported that the sale of appliances and other expensive items is in decline because poverty is spreading.)

Be aware that some reports say this is happening because the EU is following the World Economic Forum (WEF) agenda, and it will happen to every nation on earth (including the U.S.) because the WEF agenda is a global policy.

(My opinion: The problems in the EU and the WEF agenda guarantee that the mess this world is in will get much worse before the end of winter. The upcoming election could be critical for the survival of America.)

When asked about the signs of His coming (at the end of the Tribulation Period), Jesus replied that there will be distress of nations, with perplexity (Luke 21:25).

Many prophecy teachers have long expected global problems that will cause people to accept “the man with a plan” who will rise in the EU and be known as the Antichrist.

At the time of this writing:

Here are more events that seem to indicate that we are getting close.

One, concerning climate change and going green in the U.S.: on Sept. 8, 2022, it was reported that “Californians are being asked to cut back on cooling their homes and using large appliances to prevent rolling blackouts as the state buckles under the weight of its outdated infrastructure and increasing reliance on unreliable ‘clean energy’ sources.”

According to the report, part of California’s power shortage problem is its shift to the WEF Great Reset plan.

The report quotes WEF founder Klaus Schwab as saying every “country, from the United States to China, must participate, and every industry, from oil and gas to tech, must be transformed.”

(FYI: On Sept. 1, 2022, it was reported that a power company took control of the smart thermostats in about 22,000 homes in Colorado, and the homeowners could not control the temperature in their own homes.)

There are too many lies and too much deceit to comment on, but among other things, the “big man” said (words in parentheses are mine):

Notice that Biden (who calls himself a good Catholic):

(Something to think about: During his presidency, Biden has spent more time and money trying to kill babies in their mother’s womb than he has spent trying to get baby formula for those babies fortunate enough to be born.)

Three, concerning Israel having silver and gold, cattle and goods in the latter years and latter days: Israel is expected to start pumping gas at its big Leviathan field in about two weeks.

Some prophecy teachers have long believed that Israel’s oil and natural gas could be the hook in Gog’s jaw that leads to the Battle of Gog and Magog.

Four, concerning the coming economic collapse: U.S. Treasury Secretary Janet Yellen recently warned that the Federal Reserve strategy to bring down inflation could launch the nation into a recession.

Five, concerning the economy and a coming global economic collapse during the Tribulation Period: on Sept. 13, 2022, it was reported that the U.S. inflation rate is up slightly to 8.3%.

This sent the Dow Jones Stock Market into a steep decline, and it lost 1276 points by the end of the day.

While this was going on, Biden was celebrating his $70 billion falsely named Inflation Reduction Act on the White House lawn.

Biden has now added $4.8 trillion to the national debt (which is now approaching $31 trillion) in less than two years, and he wants to keep spending.

Six, concerning persecution, censorship, and corruption of the DOJ and FBI: on Sept. 13, 2022, MyPillow CEO Mike Lindell was approached by FBI agents and asked questions about Dominion voting machines (possibly used for election fraud); they served him with a warrant and seized his cell phone.

(More: Just one day before the seizure of Lindell’s phone, the U.S. Dept. of Justice (DOJ) admitted that it recently served more than 40 subpoenas on associates of former Pres. Trump and seized the cell phones of at least two of Trump’s top advisors. The DOJ and FBI are supposed to treat everyone the same. They are seizing phones from Trump associates, but they helped Hillary Clinton destroy hers.)

Finally, are you Rapture Ready?

If you want to be rapture ready and go to heaven, you must be born again (John 3:3). God loves you, and if you have not done so, sincerely admit that you are a sinner; believe that Jesus is the virgin-born, sinless Son of God who died for the sins of the world, was buried, and raised from the dead; ask Him to forgive your sins, cleanse you, come into your heart and be your Saviour; then tell someone that you have done this.

The post Preparing for the Man with a Plan :: By Daymond Duck appeared first on Rapture Ready.

WHY WE NEEDED JESUS:  PERFECTION IS GOD’S STANDARD – Ray E Horton  This conversation is worth repeating for those who might have similar questions….