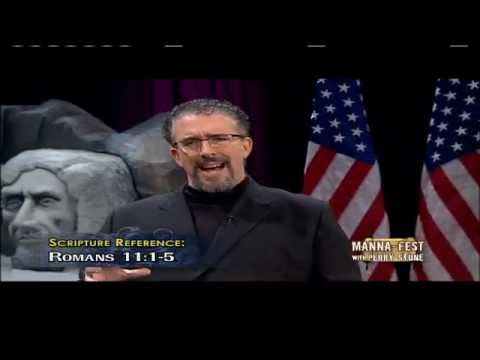 On Tuesday night, January 24, I was host on the Trinity Broadcast Network (TBN). Our guests were Dr. Ron Phillips, Bishop Paul Zink and Damon Thompson.

Each one brought a very significant right now message for the Body of Christ, especially the church in North America. During the final portion of the program, I was asked to minister and used the last 21 minutes to share with the global audience a vision the Lord gave me many years ago. While this vision has not yet occurred, it may hold a clue to a future conflict with Iran. My partners and close friends have heard me share this on numerous occasions, and I will share a brief version now.

In the dream or vision I was standing on the porch of our home and in the distance to the left I saw a large nuclear cooling tower beginning to spin near a coast line. A second one was in the distance and it too began spinning like a tornado. In between the place where I was standing and where the two nuclear cooling towers were stood two tall trees – if you could call them trees. Both were the same height, very tall, and bleached white. There were no leaves and no branches on either tree. Years ago when I asked my father what was the meaning of the two trees, he referred back to the dream of Nebuchadnezzar, when this king of Babylon dreamed of a large tree, providing food, shade and protection and could be seen around the earth. In the dream this tree was Nebuchadnezzar and was cut down by a guardian angel. In the narrative, there was a one year time frame from the king’s dream to the fulfillment (see Daniel chapter 4). Dad said the trees could be either two people (leaders) involved with the nuclear cooling tower that will be “stripped” of authority as a result, or may refer to radiation damaging trees, or a time frame of two years.

Dad also alluded to a dream that he had as a young man, in which he saw seven trees growing in a coal mind. A hand reached down and snapped each tree, one at a time. Exactly seven days later, a close relative passed away that had worked in the coal mines. Each tree was a time frame; in this case each tree was one day.

I then saw a large field, which in the New Testament, the “field is the world” (Matt. 13:38). In this field to the right, were a large set of bulls – whose horns looked like the horns on a Texas longhorn bull. Their skin was the same type of skin found on a Holstein cow, which is a milk cow. These bulls were running south, the moment the nuclear towers began spinning. I believed in the dream this represented the stock market, or the “bull market” that would be impacted by these events.

…in the distance to the left I saw a large nuclear cooling tower beginning to spin near a coast line.

When I saw this years ago, there was no indication of Iran’s nuclear program. However, the Iranian regime has announced they will not stop their nuclear development and have openly said if they had nuclear bombs they would use it on Israel, and even the United States. The fact is, Iran cannot be allowed to make a bomb, as this would be the greatest danger to the entire world. Late last year, I began receiving information that a strike on Iran’s nuclear facilities is highly possible this year (2012). If so, then the greatest danger to the United States is a huge spike in oil prices that would impact everything from food cost, transportation costs, buses for schools and even postage and air travel. Literally everything will be impacted by the rise of the cost of oil.

During the TBN program I shared basic information that a person can follow that would help make such a crisis at least more bearable to endure than if a person was unprepared.

• Every church should begin organizing small home groups in the event people are unable to attend evening services.

• Every church should prepare the names and all information on the elderly members and especially the members who are widows indeed. The local church must care for those who are unable to care for themselves.

•Every church should have two feeding programs: one for the unchurched and one for those of the household of faith who are in serious need. Each member can provide cans of food when attending church, as this can become part of the feeding and care ministry.

•Every church, if possible, needs a special fund to assist any dedicated members who may hit a crisis and need small amounts of financial assistance. Again, this is for those who have been faithful to God and his kingdom in the past.

• In certain cities and areas, have a plan of protection for your family

• If investing, know your investments and do not place money in anything that can be shaken in the event of a war in the Gulf, etc.

• In the event of a war, open our strategic reserves only as a final resort, and DO NOT offer to sell this fuel to Europe. Make no secret agreements that if Europe boycotts Iranian oil or products that the U.S. will cover them with our reserves. This will become a fatal mistake.

• The trucks delivering goods are diesel fueled, and diesel is higher in cost. The leaders of the nation must ensure that the truck industry that delivers food and needed goods continues to deliver, by ensuring diesel fuel is provided and remains at a more affordable cost – even with a spike in prices.

• If you live in a city with a 1-3 day supply of food (many in New York eat out and not at home), then you should have at least a 3 week supply of food in your apartment.

• If a conflict deteroiates, then the rail roads must be used for delivery and the routes must be set up in advance. Leaders should not wait until a crisis escalates but be proactive rather than reactive.

• The Church must be prepared to minister in every way as never before.

As I said on TBN, based upon a vision I had in the late 1990’s, we will recover from whatever is coming after a period of time. This vision was from the Lord, but Perry Stone’s interpretation can be fallable. However, from all I have seen and what I am hearing, the possible war in the Persian Gulf could fulfill the vision. God knows and time will tell. Visions are given not to scare you but to prepare you. God bless you.

P.S. Because you have called and asked for more information, you can order the audio CD (CD084) Warnings in Visions and Dreams by my father and me – where I share details of warnings as well as how believers can prepare for the last days.

FacebookTwitterSubscribe
Subscribe to receive all news to your email or phone: [wysija_form id="1"]
irannuclearperryprophecystonewar