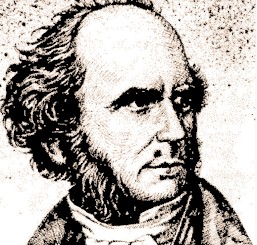 What are your feelings about feet washing.? Should we still practice it? Theologically, would you use it as a refutation of joseph prince who says not to ask forgiveness for your sins after initial conversion? I say yes.

Roger David [01/28/2016 9:49 AM]
I’m not a foot washing kind of guy. I just preach repentance using scripture despite what Joseph Prince teaches.

Roger David [01/28/2016 10:31 AM]
“There is no indication in the New Testament, or in the Christian literature of the first three centuries, that our Lord was understood to have instituted an ordinance [feet-washing] by the acts and words under consideration [in John 13].Feet-washing was a common and needed act of hospitality in Palestine at the time, and the teaching that Christ intended to convey was the manifestation of the spirit of brotherly love in acts of humble service. . . The earliest reference to the ceremonial use of feet-washing is in the canon of the synod of Elvira (A.D. 306) where it is condemned”
(A.H. Newman, A Manual of Church History)

Rickey Matthews [01/28/2016 10:47 AM]
I think you are missing the whole point (feet washing) there are so many things that come from the washing of feet if you study it there are example’s that come from it god bless.

Ricky Grimsley [01/28/2016 11:02 AM]
So you do feel that jesus was eluding to keeping yourself clean by confession and sanctification or anything like that?

Rickey Matthews [01/28/2016 11:06 AM]
Yes there many things that we can say that we do today that they did back than like today we wipe oir feet off befor intering someone house back then they didnt have shose to cover there feet and so many other things the thing was the kindness fellow man we dont bring dirt and all kinds of stuff in one’s house this feet washing was simbolical and the humility of one self and he did it as and example for us and nothing more.

Jim Price [01/28/2016 12:14 PM]
It is an act of humility and each time I have participated it, I have felt a special blessing, although it does feel a bit awkward. It think that the pastor and the deacons should give extra thought to creating just the right atmosphere and tone for this unique service.

John Ruffle [01/28/2016 12:43 PM]
Joseph Prince needs to repent. But then that would go against his theology. Joseph Prince has put himself in a pickle!

John Kissinger [01/28/2016 1:18 PM]
Apart form personal humbleness and servanthood, the true theological question on foot washing is if it should be an essential part of the Holy Communion as Christ did and Paul confirmed?

John Conger [01/29/2016 12:16 AM]
Even if it was a practical need back in the day, it was still a humbling gesture add it would be today even if it’s not practically needed. But look what James said about dealing with”the dirt that builds up”
Confess your faults one to another, and pray one for another, that ye may be healed. The effectual fervent prayer of a righteous man availeth much.
James:5:16

David George [01/29/2016 7:09 AM]
the point that Jesus was doing this by washing the disciples feet is that as ministers, they were servants in the service of God. Not Lords, Kings to be adored by man. such as today we got TV preachers are big attractions, sighning autographs and driving cars that a honest man couldn’t even dream of ever owning one. If you asked them to come to your 50 member church would they come? I don’t think so.

John Kissinger [01/29/2016 7:15 AM]
and yes, what feelings got to do with it? Foot washing should namely go against how or what you feel and Just Do It. If Nike does it for your feet, so should Christians 🙂 Jesus said so… No discussion. Just do it!

David George [01/29/2016 7:55 AM]
I said Jesus was our example, who’s talking about feelings. You so called Christians are a big turn off. I don’t need your reply I’m leaving this sight.

Ben Otto [01/29/2016 8:52 AM]
We practice foot washing…along with sin confession….several times a year in our Pentecostal church. It is a symbolic act of humility, repentance and unity. Foot washing and sin confession (James 5:16-19) brings about healing and destroys strongholds of PRIDE and DISUNITY.

Derrick Harmon [01/29/2016 9:42 AM]
I did my graduate work with Dr. John Christopher Thomas whose Sheffield PhD thesis was on this very topic. It was written in 1991, and to my knowlege it is still the foremost work on this topic. It’s an interesting read if you are up to academic discourse.

Christopher Hart [01/29/2016 4:15 PM]
I believe it’s a beautiful service that is often neglected, to our detriment. However, I do not ascribe to it the same supremacy of ordinance as those of Baptism & the Lord’s Supper.

Toward a Pentecostal Discussion of Monergism vs Synergism

I am looking for three brave souls to come on a radio program with me to debate on the topic of Monergism vs Synergism….