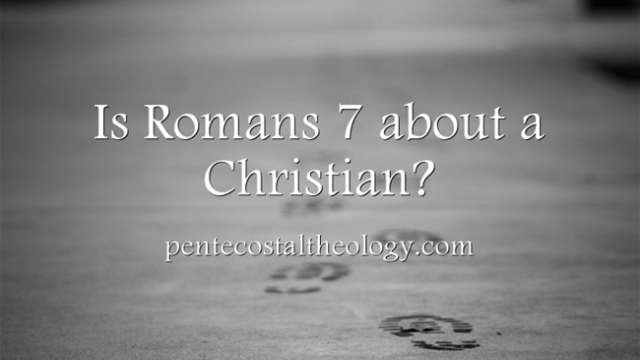 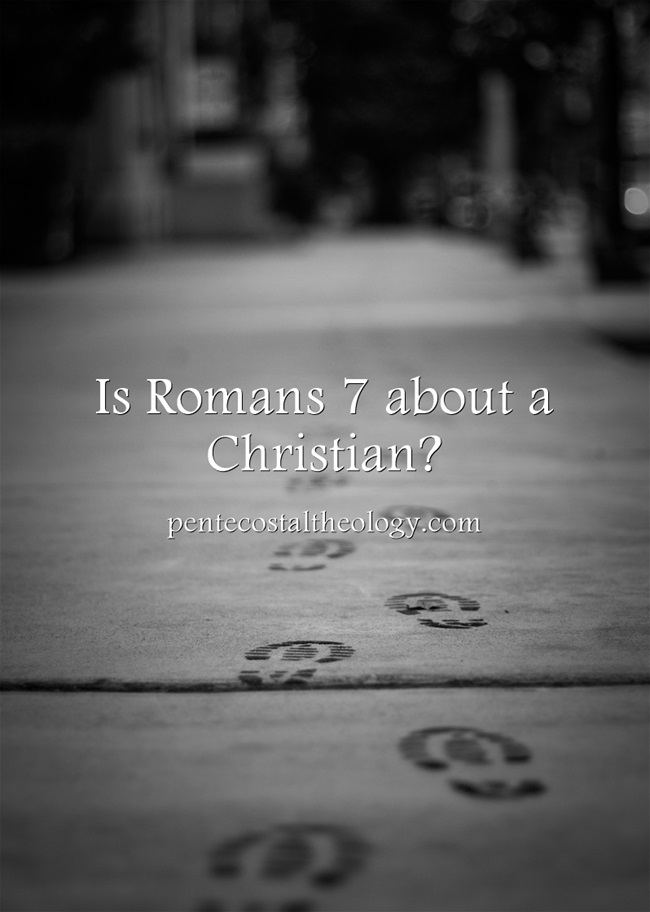 Romans 7 has presented a challenge for mankind for centuries. Understanding this, as well as the unregenerate/regenerate man view, William M. Greathouse and George Lyons ask the question in their book, Romans 1-8: A Commentary in the Wesleyan Tradition, “Does ch 7 refer to one’s preconversion or postconversion experience?” (223). This is an interesting question that I do not know that I am prepared to answer confidently, but after much consideration, drawing from remembrance what we’ve read in Romans so far, I’ll give it a shot. I believe that Romans 7 isn’t a new argument, rather, a continuation of what Paul has been saying all along. What is undergirding, throughout Romans, is our common humanity and the fact that we have all sinned and fallen short of God’s glory. The story of Adam surfaces in Romans 5:12-21 and plays throughout Romans 6 and 7. I don’t think we read this document rhetorically as we should, because that’s how it’s developed. Impersonation, or speech in character is taking place here, I believe. I argue that Paul is assuming the persona of someone else here, speaking in the first person as that person in Romans 7:7-13. The “I” in Romans 7:7-13, with present tense verbs, is not Paul, I believe this is Adam, a character the audience would have just heard about. This “I” person says, “I existed before there was ever a Law in 5:13-14. Who existed before there was ever a Law? I don’t think it could be Abram (Abraham) because of Paul’s use of Abraham being justified by faith before the Law, and his inclusion in the great cloud of witnesses in Hebrews. Any Jew would tell you it was Adam. Paul talks about when the commandment was given, “Thou shall not covet”, and he violated the covenant, Paul says, “Sin awoke, and I died.” So there’s the connection between sin, and the wages of sin, which is death. The first person to experience this would be Adam. I believe 7:7-13 is a retelling of the story of Adam and how the fall happened in the first place. I don’t think this is Paul struggling, because in Philippians Paul talks about being a Jew among Jews, a Pharisee among Pharisees, Hebrew among Hebrews, and then he states that in regard to righteousness that can be obtained from Law keeping, I was blameless. He also stated that he was advancing in Judaism far beyond any of his peers. This is a person who knows some of the truth, but cannot do the truth. Caught between knowing and doing, there is some kind of spiritual impediment in his life that prevents him from doing this. Is this Paul? No, and it is certainly not Christians in general either. I argue that it is all those who are in Adam, and outside of Christ. This is a description of a fallen person, maybe at the point of conversion, struggling with sin. Look at the context right before this whole Adamic passage in Romans 7:7-25, you have Romans 7:5-6 which says, we used to be that way, we were but now we have been set free from the bondage to sin. That is the message of Romans 8:1-2. When Paul wants to talk about Christians he says, “There is now no condemnation for those who are in Christ Jesus.” The Spirit has set us free from the bondage of sin. What we have here is a “before and after” if you will. To conclude, Greathouse and Lyons offer this insight: “Romans 7:14-25 may apply most directly to the experience of enlightened Jews under the Law, but its allusions to Gen 2-3 suggest a more universal application to all sinners” (222). Greathouse and Lyons also suggest that it may apply equally to those who try to live the Christian life in their own strength.

Joy, a Key Ingredient of the Season ~ Ray E Horton The Lord woke me up the other night with three words in my…