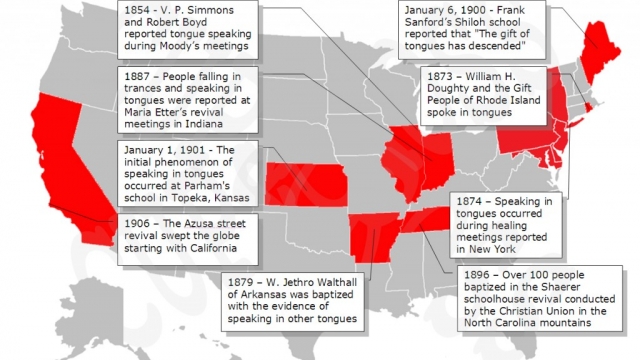 Since the beginning of the 21st century, only 6-10% of new born believers in America receive the Baptism with the Holy Spirit, which by 2018 has resulted in:

For this reason, WE are re-committing ourselves and ministry to revival and restoration of the Pentecostal Message through praying, fasting and preaching:

Please consider the URGENCY of this generation!

Let us reason together what can we do to prevent this rapid decline in Biblical spirituality.

Revival will not come without preaching! January 1, 1901– The initial phenomenon of speaking in tongues occurred at Parham’s school in Topeka, Kansas

January 6, 1900 – Frank Sanford’s Shiloh school reported that “The gift of tongues has descended”

1873 – William H. Doughty and the Gift People of Rhode Island spoke in tongues

Prior to Azusa Street Revival of 1906