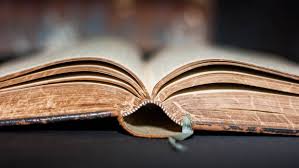 Pastors, Preachers (or anyone else): Your best argument or scripture for paid/full time ministry. This is a sincere question. I am doing a lot of praying and soul searching. Thank you.

Entangled in Union with the Lord

ENTANGLED IN UNION WITH THE LORD – Ray E Horton We are “entangled,” or intertwined in our union with the Lord, which is one…