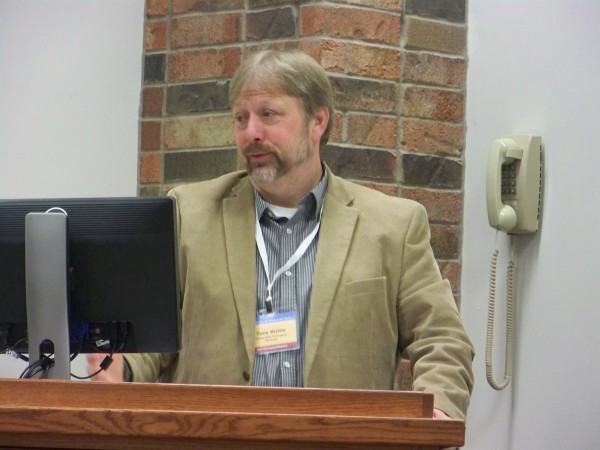 “Those “against” ordaining women as bishops adamantly argued that a literal interpretation of Scripture allowed no room for any other view. They appear to fear compromise of biblical beliefs thereby undermining commitment to biblical inspiration and authority. However, speeches made by those “for” ordaining women as bishops included several leading biblical scholars and theologians as well as church historians. These seem convinced that careful exegesis of Scripture and awareness of Church of God history and the Pentecostal heritage provide a firm foundation for full partnership in ministry.”

Brian Crisp [12/02/2015 7:45 PM]
There is no biblical difference between a pastor and Bishop. Women preached in the bible and I have personally heard good ones myself. If a church wants a woman pastor and she wants to then so be it.

John Kissinger [12/03/2015 8:42 AM]
WOMEN in MINISTRY is a MUST http://www.pentecostaltheology.com/women-in-ministry-position-paper-adopted-by-the-iphc-council/

James L Alldredge [12/03/2015 9:48 AM]
Jesus appointed some to be “Apostles, Prophets, Evangelists, Pastors and Teachers”…in my opinion it is not up to the church, but Jesus, by the agency of the Holy Spirit, to ordain those whom He wishes to lead and serve His church. Our part lies in simply recognizing those who have been chosen and assisting them in fulfilling their call…”If it seems good to the Holy Spirit” it should be good enough for the CoG.

Charles Page [12/03/2015 9:54 AM]
How can I determine if something is good to the Holy Spirit? Is it a good feeling? James Brown – “I feel good!!” Have you ever seen my James Brown impression? So if we’re for it we are the smartest most intelligent genius, but if we believe the bible were back woods idiot? Great one sided typical pro women bias!

John Kissinger [12/11/2015 5:39 AM]
Tom Steele I got a computer question for you when you’re available bro. Making beef out of pork – pork is less expensive in China so some restaurants sell it instead of beef – but not before they perform some chemistry on it. What they use are a beef extract and a glazing agent to “marinate” the meat in for 90 minutes. Doctors have advised people to stay away from this fake product as its long-term use may cause “slow poisoning, deformity, and even cancer.” http://www.homehealthyrecipes.com/10-foods-made-in-china-that-are-filled-with-plastic-pesticides-and-cancer-causing-chemicals/

James L Alldredge [12/11/2015 9:51 AM]
It would “seem good to the Holy Spirit” in my opinion if the person regardless of gender manifested the genuine gifts associated with leadership as outlined in Ephesians 4 / Romans 12 / 1 Corinthians 12. If they have a clear, God given gift, are living and walking in the Spirit, bear the fruit of the Spirit and the Spirit gives witness to their ministry through both the miraculous and the mundane evidence generally agreed upon to represent the approval of the Spirit. I actually have much more of a problem with what is commonly called Apostolic and Prophetic ministry today than I have with any woman who genuinely preaches the full gospel of Jesus Christ. Tom Steele you are raising a very valid question. We noticed you were missing and wondered about it. Additionally you topic was archived on the site http://www.pentecostaltheology.com/i-hereby-challenge-all-bacon-lovers-ham-eaters-and-all/ but was temporary unavailable on FB (it’s now OK). At the same time FB blocked many interesting and hard fought discussions in the group. We’ve been able to archive most of them but not all. I find it appalling that members of this group would report each other to FB b/c they cannot win an argument or doctrinally disagree. Charles Page reported an issue one time but he was very open about it and we worked through it as brothers and friends. If there’s a problem his example of open discussions should be followed. Reporting of a fellow believer is a bad choice as FB is banning Christians anyway. The groups admin account was also reported by a group member and we have not been able to recover it yet. It is sad choice to report just because you disagree or cannot win the argument!

FacebookTwitterSubscribe
Subscribe to receive all news to your email or phone: [wysija_form id="1"]
ministryordainingwomen

The O’Reilly movie fails to understand the Gospel

The O’Reilly movie just ended and I guess my overall evaluation would be that it was amateurish. I think BO really felt he had…