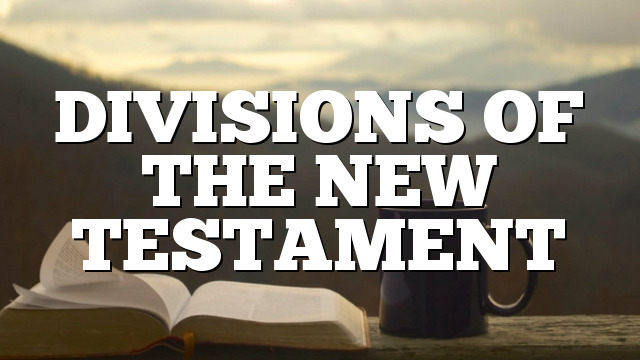 Today we look at the New Testament:

DIVISIONS OF THE NEW TESTAMENT

Critic accuses us of using non-original text. However they have no problem with accepting the writing of the ancient Greek writers.

In a period of less than 10 minutes on Monday, I read an article about candidate Joe Biden’s extreme pro-abortion views and then was sent a…