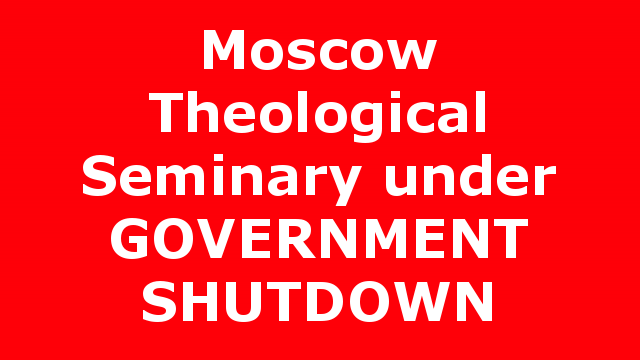 Please pray for the Moscow Baptist Theological Seminary, which is under persecution from government officials and involved in a court case that will be adjudicated this coming Friday. Some background: last year MBTS celebrated its 25th Anniversary. It has nearly two thousand students at ten Learning Centers in Russia and three Leaning Centers in the USA. During the last 25 years thousands of pastors and Christian workers were trained and prepared for various Christian ministries in Russia and abroad. Apparently, Satan is not happy. Last October a commission was sent by the Russian Department of Education to check on the seminary’s life and program. The investigation lasted all week. Two accusations were brought against the seminary: 1) The seminary has no official relationship with a medical center (not an official requirement) and 2) The professors are not qualified to teach, even though they have been teaching for 25 years and most of them have doctorate degrees from Moscow universities. The seminary was ordered to pay a fine and its program was closed for two months. When the seminary challenged the decision of the commission in court, the commission could not produce any documents backing up its charge. During the hearings the members of the commission were totally confused. The prosecution openly declared that the seminary did not violate any laws. Still, the court sided with the commission and closed the seminary program for two months. There were two more visits by the governmental commission.

Last Friday the seminary building was sealed. The court will announce its final verdict this coming week on February 1, 2019.

Please pray for wisdom for the seminary administration, as it seeks the protection and guidance of the Lord. Revelation 12:12 reminds us that the closer the Lord’s return, the more intense will be the opposition! Please pray for the future ministry of the Moscow Theological Seminary, a ministry greatly needed to train Christian leaders for the churches in Russia. May God help us to be faithful until our mission is completed.

“Developing coaches (leaders of leaders) may be the single most overlooked yet vital task in spreading a missional movement.” ? Dave Ferguson, Exponential: How…