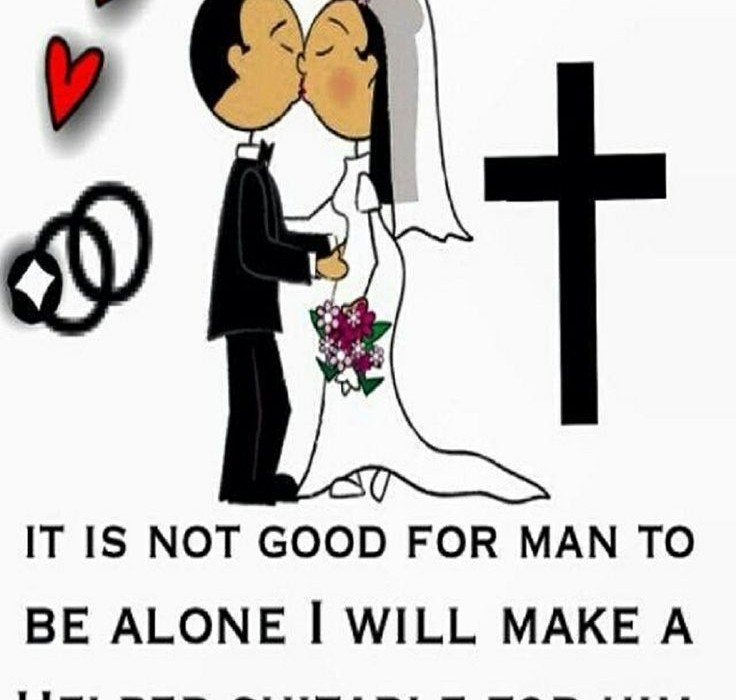 [Mother’s Day came to recognize mothers, motherhood and motherly bonds, as well as the affirmative influences that they make to our civilization. American tradition established by Anna Jarvis, who celebrated it for the first time in 1907, then crusaded to make it an official holiday. The holiday was declared officially by the state of West Virginia in 1910, and the rest of the states followed quickly! Americans, in honor of our mothers, spend approximately $2.6 billion on flowers, $1.53 billion on pampering gifts—like spa treatments—and another $68 million on greeting cards. Our Abba Father, in the early stages of establishing the creation of all things:] “…said, “It is not good for the man to be alone. I WILL MAKE A HELPER SUITABLE FOR HIM.” (Gen. 2:18) [Another word for “suitable” is “appropriate”. A dog, cat nor any other of God’s creation would be appropriate!] “Now the LORD God had formed out of the ground all the wild animals and all the birds in the sky. He brought them to the man to see what he would name them; and whatever the man called each living creature, that was its name. So the man gave names to all the livestock, the birds in the sky and all the wild animals. But FOR ADAM NO SUITABLE HELPER WAS FOUND.” (Gen. 2:19-20) [Oh, how wonderfully gracious our Abba Father was to do such a wonderful thing for mankind!] “So the LORD God caused the man to fall into a deep sleep; and while he was sleeping, he took one of the man’s ribs and then closed up the place with flesh. Then the LORD God made a woman from the rib he had taken out of the man, and he BROUGHT HER TO THE MAN.” (Gen. 2:21-22) [Adam looked at this very first partner God had made for him and said Wow! Man! And the of course shortened it to “woman”!] “The man said, “This is now BONE OF MY BONES AND FLESH OF MY FLESH; she shall be called ‘woman,’ for she was taken out of man.” (Gen. 2:23) [Our Abba Father started Mother’s day, near the beginning of creation!] “Adam named his wife Eve, because SHE WOULD BECOME THE MOTHER OF ALL THE LIVING.” (Gen. 3:20) [We are taught from the scriptures to love and honor mothers, so HAPPY MOTHER’S DAY!] “Children, obey your parents in the Lord, for this is right. “Honor your father AND MOTHER”–which is the first commandment with a promise– “so that it may go well with you and that you may enjoy long life on the earth.” (Eph. 6:1-3)

Be blessed as you praise The Lord, knowing that WHOEVER FINDS A WIFE FINDS A GOOD THING, AND OBTAINS FAVOR OF THE LORD.
-Bill Stockham

Hard understanding of Esau/Jacob in Rom. 9:13

i had a hard time understanding how God could hate or reject anyone before they knew to go good or bad. im speaking of…