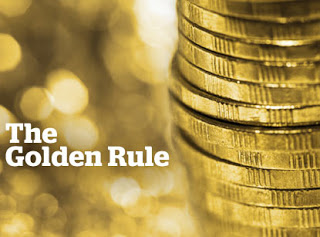 Made up Rules about Prophesying: Part 1: It Must be Confirmation.

I spent my teen years in the A/G and I often heard prophesying, tongues, and interpretation from the congregation during the church meeting. A typical prophecy sounded like various scriptures strung together, directed toward the situation in the church. One message answered a question I’d just thought in my heart. It went along the lines of ‘You have said in your heart….’, repeated my question, and gave me an answer.

But I did not see a lot of ‘personal prophecy’ directed to an individual in this particular church. One of the deacons once said once, in a converation at one of the members’ homes, that if someone gives you a prophecy about your calling that isn’t confirmation, to be very careful about that.

I heard a more extreme version of this from someone at a kind of independent Charismatic or Third Wave church, that if it isn’t confirmation, it’s junk. I disagreed with that when I heard it. Why? Because I read the Bible.

Is there any indication at all the Saul had any inkling that he would be king before a prophet prophesied it over him? That is most unlikely. We don’t know if David knew his calling to be king before Saul anointed him. There is no hint that Jeroboam or Jehu experienced a private ‘calling’ experience before they received prophecies through prophets. Samson wasn’t even born yet when prophecies were made about him.

John the Baptist’s father prophesied about his calling right when he was born. He’d heard an angel talk to him about it before he was conceived. And how many prophecies were made about Jesus before He was born?

Some people will say, “That’s Old Testament.” Sure, it is, but where does the New Testament teach that you have to hear from God first before you hear from God through a prophecy? It doesn’t.

In real life, when someone gives you a personal prophecy, a lot of times, it may be confirmation, but part of it may be confirmation and part of it may not be. Someone prophecies about your gifts, stuff you know, but there may be something new that you haven’t thought about. And the Spirit may say something about His plans for you that hasn’t ever occured to you through a prophecy.

The phrase ‘personal relationship with Jesus Christ’ shows up in American evangelical sermons, but it isn’t in the Bible. In the Bible, we see that we are all parts of the body of Christ and that we are to minister to one another. God ministers to one part through another part. If the Holy Spirit communicates to you through another member of the body, that’s still the Spirit communicating. We should have our senses developed to recognize and discern when the Spirit is speaking, and other members of the body of Christ can help with this as well. That is an advantage of hearing a prophecy in a church setting, or should be.

FacebookTwitterSubscribe
Subscribe to receive all news to your email or phone: [wysija_form id="1"]
1partprophesyingrules

I enjoyed this article. When I become a pastor, I have always vowed to be a leader that promotes change in people rather than…